With a Ph.D. in Ecology from the University of California, Davis, an M.A in Energy and Natural Resources from the University of California, Berkeley, and a B.A. in Political Science from Stanford University, John J. Berger has been following the climate change argument for decades. He’s taught college courses on the subject and written pages and pages trying to spread the word. So naturally, he took notice in 2006 when the global warming alarm started sounding at a louder level than ever before.

The impetus for that explosion, Al Gore’s Oscar-winning documentary, An Inconvenient Truth, brought some of Berger’s concerns and arguments to the forefront of mainstream media for the first time, turning Gore into one of the most polarizing and controversial figures of his generation. Climate change skeptics immediately rallied, attacking Gore and attempting to discredit him at every turn, but Berger admires the politician’s ice-breaking initiative.

“I think that the reason [the skeptics] have attacked the movie is because it was effective,” Berger said. “It was sort of the coming of age for the public awareness of climate science, and we owe a huge debt of gratitude to Al Gore for that. He’s become a whipping boy for skeptics, but I think that anyone who was very prominent and spoke out publicly on the subject would have become a lightning rod for controversy.”
Gore has certainly seen a range of consequences for his work on the film, from a Nobel Prize to a life that will forevermore be under the microscope of media scrutiny. But for Berger at least, the former Vice President has played a vital role in furthering the climate change conversation, and he only hopes that more politicians will follow his example. 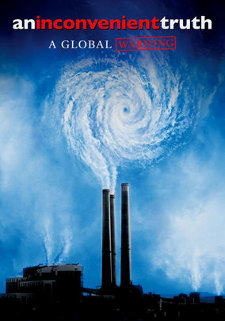 “We will respond to the threat of climate change, knowing that the failure to do so would betray our children and future generations. Some may still deny the overwhelming judgment of science, but none can avoid the devastating impact of raging fires, and crippling drought, and more powerful storms. The path towards sustainable energy sources will be long and sometimes difficult. But America cannot resist this transition; we must lead it.” - President Barack Obama, Jan. 21, 2013

Amidst Barack Obama’s dense and wandering inaugural address last month, the above excerpt was one of the key points, a vow to demand environmental consciousness and to work harder toward innovative developments that will lead us out of the dark age of fossil fuels. It’s a resounding sentiment, the renewable energy goal, and one that most of us can agree upon, regardless of political allegiance. But if we would all be in favor of freeing our country from the stranglehold of oil, from endlessly fluctuating gas prices and from our bizarre dependence on nations that we often hold as our enemies, then why does it feel as if we are no closer to an alternative fuel source than we were two or three years ago? And will Obama really make good on his promise, or is it merely a piece of political rhetoric meant to inspire support, another false idol in the endlessly disappointing energy conversation?

According to John J. Berger, a climate change scholar and the author of the new book, Climate Myths: The Campaign Against Climate Science (from Northbrae Books), it might be better this time around if we all just didn’t get our hopes up.

”I think it’s extremely important that [Obama] made that statement, that he sent that signal and gave his seal of approval to climate science,” Berger explained. “However, it remains to be seen whether he will be able to deliver significant legislation. Over the years, both parties have politicized climate science and made approval of it an ideological test, which is ridiculous since climate is not republican or democratic: it doesn’t care what our political views are as long as we continue to overload the atmosphere.”

But are carbon dioxide emissions and atmospheric pollution really causing our planet’s climate shifts? Or is it just the sun behaving strangely? According to Berger, the answer to that question (and to many others that try to shift the blame for climate alterations away from the human race) is an unequivocal “no.” That “climate myth,” along with various other arguments commonly levied by skeptics and fossil fuel industry figureheads, called Berger to action, inspiring him to compose a concise and accessible manuscript that seeks to “set the record straight” for the general public.

“Over the past 20 years, the fossil fuel industry has worked to confuse, mislead, stymie, and stalemate any chance for national climate policy,” Berger said. “They’ve mobilized allies in heavy fossil-fuel-using industries and built coalitions and public-relations partnerships that advertise alternative views on climate change and renewable energy. They’ve manufactured their own story about climate change, and I wanted to help people understand where those claims come from and why.”

For Berger, one of the biggest misconceptions about climate change is the question of what’s at stake. While most skeptics have now begrudgingly acknowledged that something is going on, they’ve moved onto the defense that it would simply be too expensive (if not downright impossible) for us to reverse the warming trend at this point. Why can’t we (along with the countless animal and plant species whose lives and patterns have been disrupted by climate change) just adapt to a new-world order?

According to Berger, it’s not that easy.

“If we continue to increase emissions, we risk pushing the climate into a state where warming becomes self-sustaining,” he explained. “Frozen permafrost holding 1.9 trillion tons of carbon is beginning to melt in the Arctic, and once [that carbon] is released, we can no longer keep climate in a safe position. We will have started a process no human action can control.”

Luckily, Berger does believe that catastrophe can be averted. A carbon tax (with the lion’s share of proceeds going towards renewable energy research) and a vow to embark on a complete reconstruction of our energy systems would not only benefit the environment, but would also give our national economy the boost it needs to escape recession.

“We have the technology and natural resources to create a renewable energy infrastructure, but so far, we have lacked the political will,” Berger said, going back to his uncertainty in Obama’s inauguration claim. “And Climate Myths is also a look at how that political will was undercut and stillborn, how the policy process was kind of boarded with confusion, and how that uncertainty about what to believe led to paralysis in the policy process.”

Can President Obama be the one to break that paralysis? Only time will tell, but with Climate Myths, John J. Berger paints a riveting portrait of where the climate argument came from, where it is going, and what its implications could mean for the future of our planet, and the end result is a vital read—regardless of where the reader falls within the argument.

Craig Manning is currently studying English and Music at Western Michigan University. In edition to writing for Independent Publisher, he maintains a pair of entertainment blogs, interns at the Traverse City Business News, and writes for Rockfreaks.net and his college newspaper. He welcomes comments or questions concerning his articles via email, at manningcr953@gmail.com.