While “Grit Lit” is not often mentioned in everyday conversation regarding categories of fiction, Goodreads actually does recognize the genreand provide tips for what fans of it should look into reading. Here are a few well-known titles that could be considered “Grit Lit”—even if Brian Carpenter and Tom Franklin declined to include them in this Rough South Reader anthology.

Cormac McCarthy – No Country For Old Men: This novel earned most of its fame thanks to the 2007 Coen Brothers adaptation that won the Oscar for Best Picture. However, before it was a critically acclaimed and widely seen film, No Country was a searing entry in the Grit Lit genre. The story, which takes place on either side of the Texas-Mexico border and involves stolen drug money, a down-on-his-luck welder and war veteran, a fearsome bounty hunter, and an aging sheriff, is dark, unforgiving, an 100 percent authentically southern. 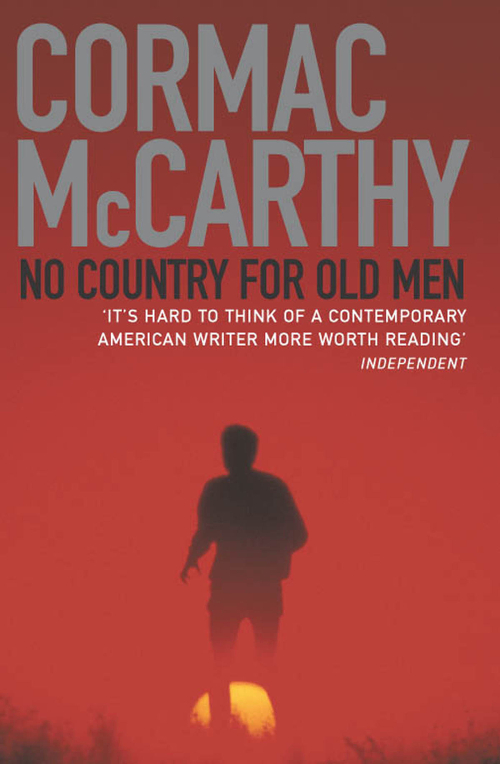 Daniel Woodrell – Winter’s Bone: Another Grit Lit novel that gained nationwide recognition thanks to a film adaptation and a handful of Oscar love, Winter’s Bone is the tough-as-nails story of Ree Dolly, a young woman forced to travel through the Southern locale of the Ozark Mountains to find her father after he skips town on a meth lab charge.

Tom Franklin – Poachers: Fans of that preface excerpt at the top of this article should check out Tom Franklin’s own oeuvre, which falls firmly into the category of “Grit Lit.” Poachers is a collection of short stories, all of them unified by their settings along the Alabama River and their dark, dirty, and violent worlds.

“So what’s Grit Lit? It’s the dirty South seen without romanticism or the false nostalgia of Gone with the Wind fans. People who are interested in the South as it really is, not moonlight and magnolia, but grit in your workboots, especially if it’s a steeltoe with the leather so worn at the toe that the metal shows, the same peeling boot staggering out of a bar after screwing up things for the night. It’s the walnut handles of the .38 in somebody’s wasteband outside the bar, the hawk-billed knife, the sawed-off shotgun, the razor of yore. The one-hitter, the empty pill bottle, the meth pipe. It’s a man with little hope of salvation trying to salvage what he can, even if it’s only beers from the side of the highway as log trucks rumble by, carrying off the forest one shivering load at a time. It’s the audacity that brings this man to life on the page and makes you root for him. It’s somebody up from the ground saying, ‘Hold on, I ain’t dead yet.’ That’s Grit Lit."

That long, meandering paragraph serves as the springboard for Grit Lit: A Rough South Reader, an eye-opening collection of stories that take place almost exclusively in the dead-end towns and on the dirty county roads of the American South. Penned by Tom Franklin (who, along with Brian Carpenter, compiled together the stories for this anthology), those words seek to define “Grit Lit” in a more concrete fashion than the worn-looking cover and its depiction of mud-caked boots and a pick-up truck tailgate do. And boy, do they succeed. Even if Grit Lit was no more than Franklin’s musings on the heartrending disappointments and rugged beauty of the deep south, it would probably still be worth reading. As is though, Grit Lit does something even more interesting: it fills a void that we didn’t know was gaping.

Everyone who has ever taken a literature class knows that there are anthologies for just about every literary genre, geographical location, time period, and notable author. Professors and literary experts have anthologized and re-anthologized short stories, poems, novel excerpts, and other writings so many times that we’ve gone beyond the broad categories (stuff like “American Literature” or “British Literature”) into smaller and smaller subcategories. A simple search on Amazon reveals collections of monster stories, or anthologies that seem to have half a dozen different criteria for inclusion (short stories composed by female writers in North America since 1970, for instance). It’s safe to say that, in literature, there is an anthology out there for just about everything.

But is there? Grit Lit, published by the University of South Carolina Press, exposes an anthological void that many of us probably didn’t know was there, but which seems completely obvious after we spend some time in the vivid worlds and alongside the rich, nuanced characters that this collection encompasses. As it turns out, “Grit Lit” is (and long has been) a sort of literary movement confined to the backwoods of the Southern United States. This collection captures much of that, spinning the words and stories of more than 20 different authors into a cohesive collection that would lend itself to college curriculum in the same way that so many other genres or literary categories already do.

In all likelihood, “college curriculum” is precisely what Carpenter and Franklin were aiming for here when they started assembling these stories into a book. In addition to providing a preface (by Franklin) and an introduction (by Carpenter) that seek to define “Grit Lit” and orient readers for the journey ahead, the collectors provide biographical materials and introductory information for each excerpt they include. They give extra attention to the most important writers from the movement (Larry Brown and Henry Crews, both of whom you will want to look into further after reading this book), but provide enough different examples of “Grit Lit” from a wide enough range of authors to firmly establish the term as a genre of its own. And they do it all in just 350 pages and 28 pieces. If these stories resonate with you on any level, you will undoubtedly be wishing that your college could have offered a class on “Grit Lit”—and that it could have used this book as the primary text!

And frankly, resonance is probably something that a lot of people will find in some or all of these tales. The beer-drinking firefighters of On Fire—a personal memoir written by Larry Brown and excerpted here—or the bloody Bonnie and Clyde rewrite of The Sharpshooter Blues—a novel penned by Lewis Nordan, also represented here in excerpt form—recall the characters and narratives of Bruce Springsteen’s dust-covered Americana masterpiece, Nebraska. The town-wide football obsession of Friday Night Lights plays out in Henry Crews’ A Feast of Snakes, a creepy, nightmarish reverie on what happens to a high school sports star who never gets out of his hometown. And hell, the entire atmosphere and storytelling tradition of the “Grit Lit” genre resembles what AMC turned into television gold over the past five years with the teacher-turned-drug-lord epic, Breaking Bad. If Walter White, the show’s protagonist, doesn’t fit the description of “a man with little hope of salvation trying to salvage what he can,” then no modern character does.

Interested in checking out Grit Lit and seeing what other modern entertainment parallels you can draw? The book is available on Amazon.com and can be bought in both paperback and hardcover versions.