An Excerpt from YESTERDAY'S NOISE

"As the day nears dusk, I watch as my oldest granddaughter runs out of our house toward a car full of other high school kids. The girl behind the wheel—somewhere between sixteen and the rest of her life—is a little overweight, which for some reason comforts me, until I notice she wears the too thick makeup of a young woman wanting a life she doesn’t yet understand.  A boy jumps out of the rustbelt Buick to let Ellie in the backseat. I don’t like the kid right off; I know he can’t be trusted. His movements are too deliberate. He acts as if perpetually aware of a camera. He has too beautiful hair. He doesn’t even acknowledge my wife or me as we smile miserably from the front porch. I hear the tinkling of an empty can spilling out of the car and hitting our driveway. Assuming it’s a Miller or Bud, I tense; my muscles clench. I then feel the warmth of my wife’s fingers on my arm, which is just enough to keep me still.  Ellie tosses us a casual wave over her shoulder and disappears into the Buick, into the world. The world outside of our family and our home has been whispering to her since she was old enough to realize there was something else out there. It beckons us all, of course. But on this day, it echoes with the wail of pain."

—Joe Mackall, from  Yesterday’s Noise: A Family Legacy of Rage and Radiance,

For Love of The Writer

I was, frankly, skeptical when Steve Harvey pitched the idea to me and Robert Root about creating our own nonfiction press. Advanced publishing technology has literally pulled the finger from the publishing dam and we live in a floodplain of self and independent publishers. We met as MFA faculty and had spent our professional lives not only as professors, but as published writers always on the look-out for a good press. What could we offer to the writer that would distinguish our press from other publishers and contribute something to the literary community we love?

As it turns out, maybe a lot.

The inspiration for The Humble Essayist Press (THE Press) came from Harvey’s publishing experience with Ovenbird Books, created by the late Judith Kitchen and her husband, Stan Rubin. Kitchen, a writer, critic, and editor, had encountered the glass “wall” between literary excellence and commercial logarithms, despite her sheaves of publications and literary accolades. She created Ovenbird to support writers with “books deemed too literary by the publishing world.”

Harvey still greatly appreciates the comradery Kitchen offered him in publishing his memoir, The Book of Knowledge and Wonder. That is the relationship he wants THE Press to emulate.  With one caveat.  “What sets The Humble Essayist Press apart is that it is solely for writers with an established publishing record,” explains Harvey, “and a career of supporting personal nonfiction.” That’s the caveat: to honor a writer’s whole life, a writer whose contributions to the literary community are multi-faceted: writer, teacher, critic, editor, publisher—wherever passion, expertise, and philanthropy have taken them. 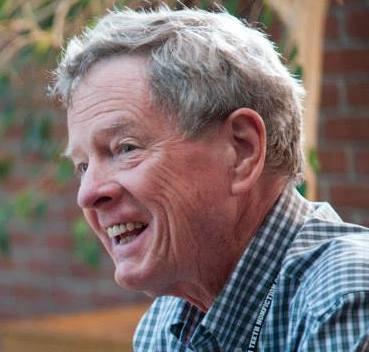 Bob Root, author of over twenty-one books, explains it this way: “I think we were aware that there were other writers out there in our position, still writing, still writing well, but unlikely to find a commercial publisher in the kind of market we had now.” In many ways, the publishing world feels both fragile and volatile in this current economy and in the social media-driven dictates of “fly-by” reads.  Publishers fold. Publishers meld into anonymous conglomerates. The need to pay the people a publisher employs is the single driving reality that even the devotee to literature cannot wish away.

Except for the retired professor-turned-publisher. “THE Press is a labor of love so marketability is not an issue,” Harvey says. “We make no money and all royalties go to the author.” We are editors for the books we publish, but, foremost, we are collaborators, cheerleaders, sounding boards, and second eyes, rooting us to the graduate teaching we loved. “As editors, we are on the side of the writer and laser-focused on creating the best book based on what the text wants to be,” Harvey explains. We offer editorial commentary, but the book and the decisions over the book are the authors'. 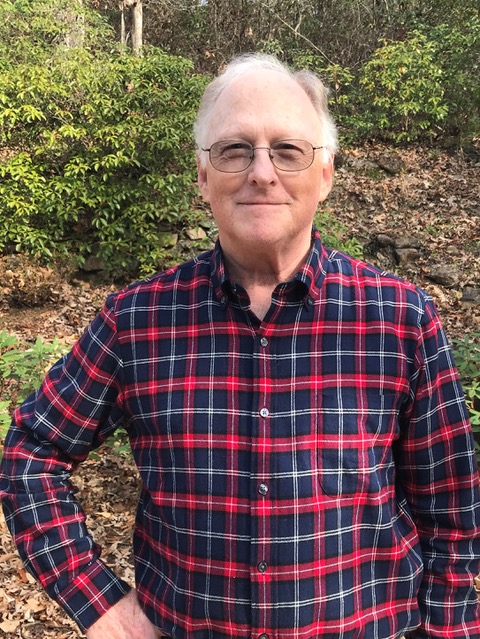 Root and Harvey created THE Press by publishing their own books first, “unpublished manuscripts that we had affection for,” as Root puts it. (My book, Slow Arrow: Unearthing the Frail Children, a 2020 IPPY Bronze Medalist for Essay, was already in the care of Saddle Road Press). They edited each other’s manuscripts and began the somewhat hair-tearing learning curve of uploading their manuscripts to Kindle Direct Press. Lineage and Folly Beach became our training ground for our first authors, Annie Dawid, Mary Woster Haug, and Joe Mackall. And the first inkling that what we did, indeed, could matter.

We approached Joe Mackall, author of The Last Street Before Cleveland: An Accidental Pilgrimage and Plains Secrets: An Outsider Among the Amish, a bit hesitantly, to submit a rumored manuscript. Mackall has published with the University of Nebraska Press and Beacon Press. And co-founded River Teeth: A Journal of Nonfiction Narrative . And co-edited the River Teeth, Literary Nonfiction Book Prize Series, with the University of New Mexico Press.  Perhaps we were too much on the arid side of that publishing floodplain. Yet, Mackall understood our publishing model immediately: “The Press focuses on writers and writing. Nothing else matters. It’s a throwback to what literary publishing used to be—and perhaps could be again.” We gladly published his collection of essays, Yesterday’s Noise: A Family Legacy of Rage and Radiance, and Mackall clearly appreciated our “labor of love”: “I received the care and commitment from Steve Harvey that writers dream about.” Certainly, a writer today can go solo and self-publish. But some writers, engaged throughout their careers in nurturing others, appreciate communality in the long book journey. “While I’d been writing and publishing essays for decades, I did not consider myself an essayist,”Annie Dawid, author of York Ferry, a New York Times Review Notable Book, explains. “Rather, I saw myself as a fiction writer (three volumes 1993-2009) who wrote essays sometimes.” Yet, I knew Dawid, a multiple award-winner for her fiction, to be an excellent essayist. Dawid shared with me Skin, Pith, Pit, a collection of essays she’d had no luck with in several non-fiction competitions. The current organization wasn’t working, but the collection, we editors agreed, had much promise.  As Dawid describes it, “Kathy thought the book would work if the essays were braided together, removed from the thematic stranglehold. What we ended up with was Put off My Sackcloth: Essays, a memoir-like non-chronological collection.” The book weaves together Dawid’s writing life, her struggles with depression, and her epiphany of grace in high-altitude rural Colorado. The book, published this spring, has been a runner-up and honorable mention in autobiography in three book competitions. All Dawid needed were those second eyes.

Our publishing platform requires us to float somewhere between pilot and passenger. “I’ve sometimes been edited by people who seemed to want me to revise the manuscript so that it was much more like the book they would have written instead of the one I had already composed,” Root says. “Those experiences have made me more inclined to help the writer with navigation rather than taking over.” Our best moments are when the writers create the manuscripts they love and are ready to send out. Mary Woster Haug, a recipient of the Spirit of Dakota award, recently released her book, Out of Loneliness: Murder and Memoir, and noted that the importance of  THE Press comes from “ the generosity of the founders who look for ways to publish otherwise overlooked writers and acknowledge that a commitment to writing is more than publishing books.”

Our second year as a press has brought joy and discovery. Getting writers through the production process of creating a book, beyond simply editing it, has been a challenge, solved in part by expanding our publishing handbook and making available outside resources. We have almost completed the selection process for writers to be published in 2022, including, Richard Hoffman and Philip M. Weinstein. What “began as a lark,” says Harvey, “to keep the pandemic demons at bay,” appears to be gaining traction by word of mouth. THE Press has received eloquent queries from exceptional writers haunted by that one orphaned manuscript and heartened by a press solely on the side of the writer. “For me,” says Harvey, “realizing that we are serving a need is the greatest pleasure.”

A sentiment shared by this editor of The Humble Essayist Press. 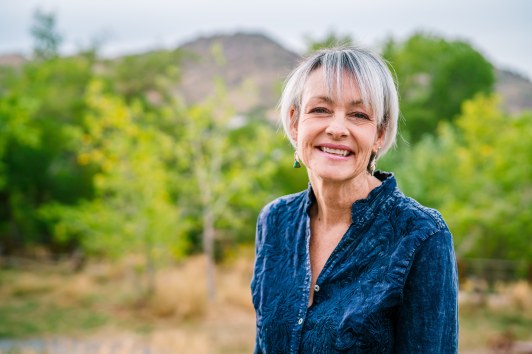 Kathryn Winograd is the author of seven books, including her upcoming chapbook, Flying Beneath the Dog Star: Poems from a Pandemic, a semifinalist for the Finishing Line Press 2020 Open Chapbook contest. Her most recent collection of essays, Slow Arrow: Unearthing the Frail Children, received a Bronze Medal in Essay for the 2020 Independent Publisher Book Awards, was a 2020 Foreword INDIES Finalist, and a finalist for the Colorado Author League Excellence in Writing Awards.

Yesterday’s Noise: A Family Legacy of Rage and Radiance,  https://www.the-humble-essayist-press.com/2021-books

Put Off My Sackcloth: Essays:  https://www.the-humble-essayist-press.com/2021-books

Out of Loneliness: Murder and Memory: https://www.the-humble-essayist-press.com/2021-books