Behind the Scenes at a Publishing House

Indie Groundbreaking Book: The End of the Sherry

Youthful Adventure with Nostalgia and Color

As soon as we had ordered coffee, my spirits revived, for I spotted an upright piano. Here was relief from piano withdrawal, as well as an opportunity to speak the French I had studied for six years. I asked the waitress whether I could play.

I got through some Debussy. There was a bit of applause and the man at the nearest table asked if I knew any songs. I ran through some Gershwin. “How about ‘The Marseillaise’?” called a woman from across the room. I belted it out.

“Can you play ‘The Communist Internationale’?” shouted another patron. I had learned the tune from a socialist college roommate and gave it equal treatment.

“Can you play ‘The Star Spangled Banner’?” asked the man who had wanted popular songs. When I finished it, another customer shouted, “Play the last two songs again!” Beers arrived for me and Patrick. I felt my spirit thawing.

“What is the politics of these people?” wondered Patrick when we were back on the road.

“None,” I replied. “They just like patriotic songs.” Musical requests, a new language—this was living.

The above excerpt, pulled from Bruce Berger’s latest novel and memoir The End of the Sherry, may seem like a bit of a lengthy quote to start off an article, but I couldn’t help myself. This half-page bit, contained within the book’s all-over-the-place first chapter, is quite simply the perfect microcosm of the story that The End of the Sherry tells throughout its 300 pages. Let me explain.

This memoir, like last month’s indie groundbreaking book, is a portrait of an American in a foreign land. In the 1960s, Berger—an undergraduate alumni of Yale University and a graduate alumni of Berkeley—chooses to leave behind what he describes as the “boredom under the elms” characterized by his childhood home in suburban Chicago in pursuit of more vibrant pastures. Berger’s escape leads him to Spain, or more specifically, to Puerto Real, a port town in Andalusia, Cadiz. There, he takes up residency in a campground with only Og, his German Shepherd, a heavy typewriter, and a rickety Citroen automobile to his name. Raucous adventure transpires. 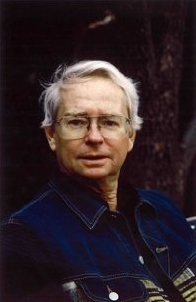 For some, the bare-bones style of living described in this book might sound horrifying. For Berger, however, those three tumultuous years spent in Spain were an unforgettable period of adventure, education, growth, and personal freedom. Even without the amenities and luxuries that most of us have grown accustomed to in modern America—and even living in Spain during the long dictatorship of Francisco Franco—Berger found bountiful life and opportunity in Puerto Real. All of that is brought back to life in The End of the Sherry, where Berger writes richly and animatedly about the people he met, the places he explored, the spiritual subjects he parsed, and the unforgettable experiences he lived to the fullest during his time in Spain. His reverence for that time of his life is clear from the simple fact that he recaps his life up through college and grad school in a single paragraph on page six, but spends the majority of the book’s remaining pages reminiscing about his far briefer world travels. It’s a reverence that, thanks to Berger’s dynamic and lively prose, proves thoroughly infectious to the audience.

Which brings me back to the excerpt at the top of the page. One of Berger’s passions—as is revealed early on in the book—is a deep love for music, practiced through his natural talent for tickling the ivories. Told by his childhood piano teacher that he possessed “an unusual quality of perfect pitch,” Berger morphs himself into a human jukebox of sorts that takes up work in Spain as a piano player in cafes, restaurants, and bars. He catches requests on the fly, translating them into communal sound, cash tips, and plenty of free drinks—including the titular sherry. The bar regulars in Puerto Real, Berger reveals, had a special taste for sherry in the 1960s (though not, as Berger notes on the very first page of the book, the same honey-flavored wine that Americans might drink).

The first time Berger gets up to play, he receives requests for multiple national anthems and patriot songs. Despite the differing meanings and ideologies presented in the songs, when Berger plays them in Spain, they all work to bring people together and ignite celebration and bonding. It’s a perfect example of the friendly and accepting culture that Berger found himself enthralled in during the years detailed in The End of the Sherry. As he picks up new words and masters the Spanish language, he also finds new friends (or, in many cases, drinking buddies) and cultivates new connections through song and conversation. It all coalesces into a beautiful feeling of belonging and contentment that, while fleeting, is beautiful and moving nevertheless.

Eventually though, Berger has to leave Puerto Real behind. When he comes back in the 1980s, everything has changed. His personal utopia has vanished, replaced by industrialization, crime, and rampant drug use. The locals no longer appreciate piano, opting instead for new dance and electronica crazes. When Berger walks into bars, he can’t even get his hands on the “astringent as paint thinner” sherry that he developed a taste for nearly 20 years earlier. Put simply, The End of the Sherry has come and the world of Berger’s illustrious, adventurous youth has vanished. Luckily, within the pages of this book, those days will live on forevermore, not just for Berger, but for the rest of us as well.

Interested in checking out The End of the Sherry? The book is available on Amazon.com in paperback, hardcover, and Kindle versions.