As the Great Recession lingers and the job market remains a dark, dingy, and competitive place, it’s becoming more and more clear that things are never going to be as they once were. Miles Anthony Smith, an MBA and the author of the book, Becoming Generation Flux, says as much on the cover of his new manifesto.

Indeed, the very subtitle of the text is Why Traditional Career Planning is Dead: How to Be Agile, Adapt to Ambiguity & Develop Resilience. For many readers, the part about traditional career planning being dead will either sound like an extreme claim meant to grab attention and sell books, or a blindsiding realization that things have been shifting right under their noses. For millennials, though—those of us who are graduating college and trying to forge career paths right now—Smith’s words will merely come as a confirmation of what we already know: we are not living in the same world in which our parents grew up.

This brave new world we are now facing has been forged out of many different fires. The struggling economy and sputtering job market are, of course, two of the primary causes; another is technology, which has taken greater leaps forward in the past 10 or 20 years than it probably did in the 50 years before that; a third cause is the exorbitant cost of higher education, a product that is becoming seemingly less valuable as it becomes more expensive. Smith tackles all of these subjects, along with others, throughout the pages of Becoming Generation Flux, discussing the impact that each has had on the modern job market and on our current perceptions of words like “career” and “success.” 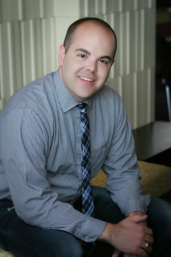 Smith’s entire argument centers around the idea of “Generation Flux.” A term coined by Robert Safian in a 2012 issue of Fast Company  (the business magazine for which Safian serves as editor and managing director), Generation Flux is an idea meant to convey the qualities necessary to be successful in the current economic climate. “What defines GenFlux,” Safian wrote in his original article, “is a mindset that embraces instability, that tolerates—and even enjoys—recalibrating careers, business models, and assumptions.” In short, a member of Generation Flux is someone willing to go with the flow and adapt or evolve in a job market that will probably never stop changing.

But as Smith notes, “change is stressful.” There’s a reason that success has long been defined by picking a single focused career path, blasting through college to get the degree necessary for that career path, and then finding and staying at a dream job for 10, 20, or 30 years. Not only do most people not embrace flux, but they actively try to avoid it. In one of the early chapters of this book, Smith discusses the stigma that exists against professionals who hop from job to job or industry or industry. Since stability and consistency are equated with success in most circles, someone who doesn’t stay at jobs for a very long time, or whose career path is in a consistently fluid state, is often branded as a failure.

That stigma may be changing, though, and Becoming Generation Flux provides a compelling argument for why today’s professionals should consider changing with it. As college becomes more expensive, technology more advanced, and the job market more competitive, more and more young people are choosing to take non-traditional career paths. Some do it by skipping college altogether and seeking alternative methods of learning and enrichment; others do it by foregoing the idea of a “stable” 9-5 job for lives full of freelance work or adventurous entrepreneurial endeavors, lives devoid of routine; and others do it by always being willing to take a risk and grab a new professional opportunity when it comes along. There are many ways to be the kind of agile, adaptive, and resilient person that Smith wants you to be, and this book covers most of them.

Smith is, luckily, the perfect person to take readers on this journey. After earning a Bachelor’s degree in music, he went on to get his MBA, and has since worked in half a dozen different fields, from accounting and finance to digital marketing and beyond. Even the way in which he writes this book, flitting from topic to topic and cramming these 160 pages full of intriguing questions and conversations, makes it clear that Smith is one of the chaos-embracing individuals that define Generation Flux. That scatterbrained quality can sometimes make Becoming Generation Flux more jarring and difficult to read than the average “career” or “job search” book—Smith ponders everything from the financial side of marriage to the failure of public education, and if you blink you might miss the transitions—but it also makes it a fascinating and ultimately rewarding adventure.

From recent college graduates who are languishing in the “What now?” phase, to older professionals who are feeling like failures after being laid off from longtime jobs, there are countless people out there who could learn something from Becoming Generation Flux. If you think that you or someone in your life is one of those people, you can check out the book on Amazon.com, where it is available in both Kindle and paperback formats.