Retold: The Story of Jesus

A book about Jesus that includes, among other things, the phrase "Herod is freaking out," a trusty camel named Rocky, and dozens of readings of the line "Holy crap!" That's a brief, one-sentence description of this month's indie groundbreaking book, titled Retold: The Story of Jesus. Written by Steve Lipscomb, an Episcopalian priest who lives in Topeka, Kansas, Retold deftly walks the line between blasphemy and reverence. The result is a novelization of familiar Biblical tales that should be appreciated and enjoyed by both devout Christians and those on spiritual journeys in search of their faith.

Perhaps more than with any other book ever written, opinions on the Bible are mixed. On one hand, it's nicknamed "the good book" and followed as law by countless people around the world. On the other hand, many readers—even some who consider themselves Christians and followers of God—struggle to understand the Bible, or even enjoy reading it on any level. The Bible is difficult to read for many reasons, from its daunting chronological organization, to the huge cast of characters, to the dry and often unclear use of language, all the way to the many, many repetitions and contradictions featured therein. Do a Google search and you'll even find plenty of people willing to come right out and say that, from a literary perspective, the Bible is a poorly written document.

Retold: The Story of Jesus is refreshing largely because it takes the tale of Jesus' life and fleshes it out considerably. Notably, characters are given many, many more layers and complexities than they ever had in the Bible. We actually get a sense for how people are feeling during the events of the story, from how Joseph and Mary's family react to her claim that she is bearing God's child (with plentiful skepticism and fear for her sanity), to the way the disciples respond to Jesus rising from the dead and ascending into the heavens (with many an astounded recitation of "Holy crap!"). Lipscomb writes like he's preaching, adding color and detail to the story of Jesus. The way he novelizes the tale simply makes it more approachable and enjoyable—particularly for those who have never been able to stomach the idea of reading the entire Bible. 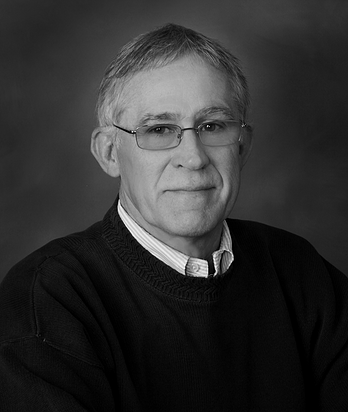 Not that Retold simply recounts the events of the Bible without change. On the contrary, Lipscomb takes substantial artistic license at certain points—imagining details and events that "might have happened but probably didn't," as the book's back cover copy puts it. Mary Magdalene, in particular, gets a markedly expanded role in the story, not just becoming the object of Jesus' affection, but also of Peter's. This setup formulates a dramatic love triangle that seems ripped right from the pages of a teen soap opera script. There's even a scene where Peter and Jesus get in a fight, with the former remarking to the latter, "You are dead to me." Still, these sections are welcome for the way they humanize Jesus and make him a more relatable protagonist.

There's also quite a lengthy section where Jesus and his aforementioned trusty camel, Rocky, hit the road and travel from Israel to China and beyond, spreading God's message along the way. This segment is a bit dryer than, say, the early parts about Mary and Joseph, or the chapters that chronicle Jesus in his childhood. While Jesus and Rocky do encounter a host of intriguing characters throughout their travels, the long stretches without dialogue result in some of the travel stories dragginga bit. There are still entertaining moments, though, like a scene where Rocky saves Jesus from a trio of robbers with a stream of spit and a well-placed kick. It's always good to have a camel around, apparently.

Lipscomb retains a palpable respect for the Jesus of the Bible throughout Retold. In other words, he doesn't go full Inglourious Basterds with his retelling—even if he is a bit audacious in his use of modern language for the storytelling and dialogue. What he does do, though, is breathe new life into a very old, very familiar story. Retellings are all the rage in publishing right now, from fairytale reinventions, to historical fiction novels that play cleverly with established timelines. While I would personally have liked to see Lipscomb take a bit more artistic license with the story of Jesus, his work is ultimately most effective as an accessible entry point into this story for those who fall into the "Bible is difficult to read" camp. In other words, more audacity and artistic license might have alienated some of the readers Lipscomb is clearly trying to reach.

Interested in seeing how Steve Lipscomb envisions the life of Jesus Christ? The book is available on Amazon.com in paperback, hardcover, and Kindle formats. The book is also available directly from Lipscomb's independent publishing company, the Cider House Press.