Is It Possible for Tech-Driven Publishing Startups to Succeed? 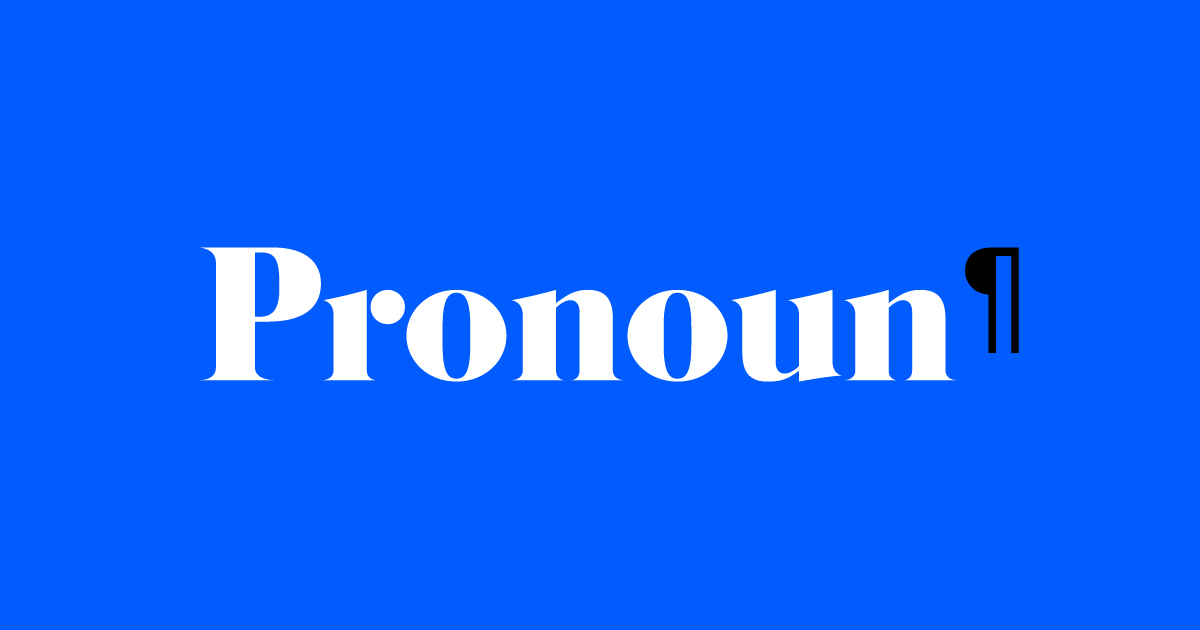 In November, Pronoun announced that it would be shutting down. The company was a tech-focused publishing venture, dedicated to providing eBook creation and publishing services for independent authors. An email sent to users on November 6—titled “Epilogue”—stated that Pronoun had initially started out with the goal of providing a “one-of-a-kind publishing tool that truly put authors first.” “We believed that the power of data could be harnessed for smarter book publishing, leveling the playing field for indie authors,” the email continued.

The company will now “wind down its distribution,” with the goal of ending all services on January 15th, 2018. Until then, authors who used Pronoun—or its predecessor service, Vook—will be able to login to their accounts and manage their titles. After the holiday season, Pronoun wants to give users the option to transition to other, similar services for continued support. What services or companies those might be remains to be seen.

Pronoun was initially founded as Vook in 2009. It changed its name to Pronoun in 2015, after acquiring a pair of companies called Bookler (focused on publishing analytics) and Byliner (a company taking long-form journalism into the realm of eBooks). In the first blog post after the rebrand, Pronoun proclaimed that it knew “How to Fix Publishing.” Last year, Pronoun itself was acquired by Macmillan Publishers, bringing it under the umbrella of the big five publishers for the first time. Just earlier this year, Pronoun was making a splash by promising authors a 70% royalty rate.

Now, Macmillan has shuttered Pronoun after deciding that “there wasn’t a path forward to a profitable business model.”

As Publishers Weekly noted in an article late last month, Pronoun is far from the first once-promising tech startup in the publishing world to bite the dust. Indeed, many of the startups we have covered in the From the Tech Desk column over the years have ultimately failed to catch on. Just a few examples include:

These companies are not the only ones we’ve featured that ended up vanishing into obscurity. Sadly, they probably won’t be the last, either. It’s becoming increasingly evident that book publishing is a difficult place for tech startups to earn enough notoriety to make a splash and enough revenue to keep operating.

The failing startup trend is bad news for publishing as a whole, but it’s the worst for independent authors and publishers. After all, each of the startups discussed above was either pitched specifically toward indies or had a lot of potential to help the independent publishing community. Major publishers have been hesitant to embrace subscription services (probably part of the reason Entitle and Oyster both failed), but independent publishers saw them as an opportunity to gain new exposure for authors and titles. reKiosk was launched with the intention of bringing the spirit of the independent bookstore into the internet age. The idea of “cutting out the middleman” was ingrained in its very DNA. FreeBookWriter, while the simplest of the ideas mentioned, was meant to help independent authors stay inspired by letting them envision the finished product. And Pronoun was meant to help authors create that final product when they were ready to do so, with intuitive eBook services that anyone could use.

Without these innovations, the publishing world will carry on. Other companies will tackle the subscription model to see if they can make it work for books. Other entities will get the clients that used to go to Pronoun for eBook distribution. The world will keep spinning. But it’s discomforting to know that publishing is largely an inhospitable environment for entrepreneurs. If companies keep going the way of Oyster and Pronoun, how many others are going to turn their attentions to the book world at all?

The good news is that there might still be hope. The aforementioned Publisher’s Weekly article included a list of publishing startups that are still going strong, like Serial Box, a company that publishes serial fiction online; or Unglue.it, a service that helps authors get their eBooks into libraries. A few of the businesses we’ve covered lately at From the Tech Desk also seem to be thriving. In September of this year, for instance, we featured Wonderbly, a company specializing in the personalization of children’s books. Wonderbly’s My Golden Ticket, a children’s book based on Roald Dahl’s beloved Charlie and the Chocolate Factory world, recently won the title of FutureBook Book of the Year in the children’s category. The judges praised the title as proof “that technology can work brilliantly at the service of a great product, rather than being the star.”

These successes are heartening, to say the least. They prove that there are still opportunities for entrepreneurs in the publishing world—even if launching a startup here is a definite roll of the dice.