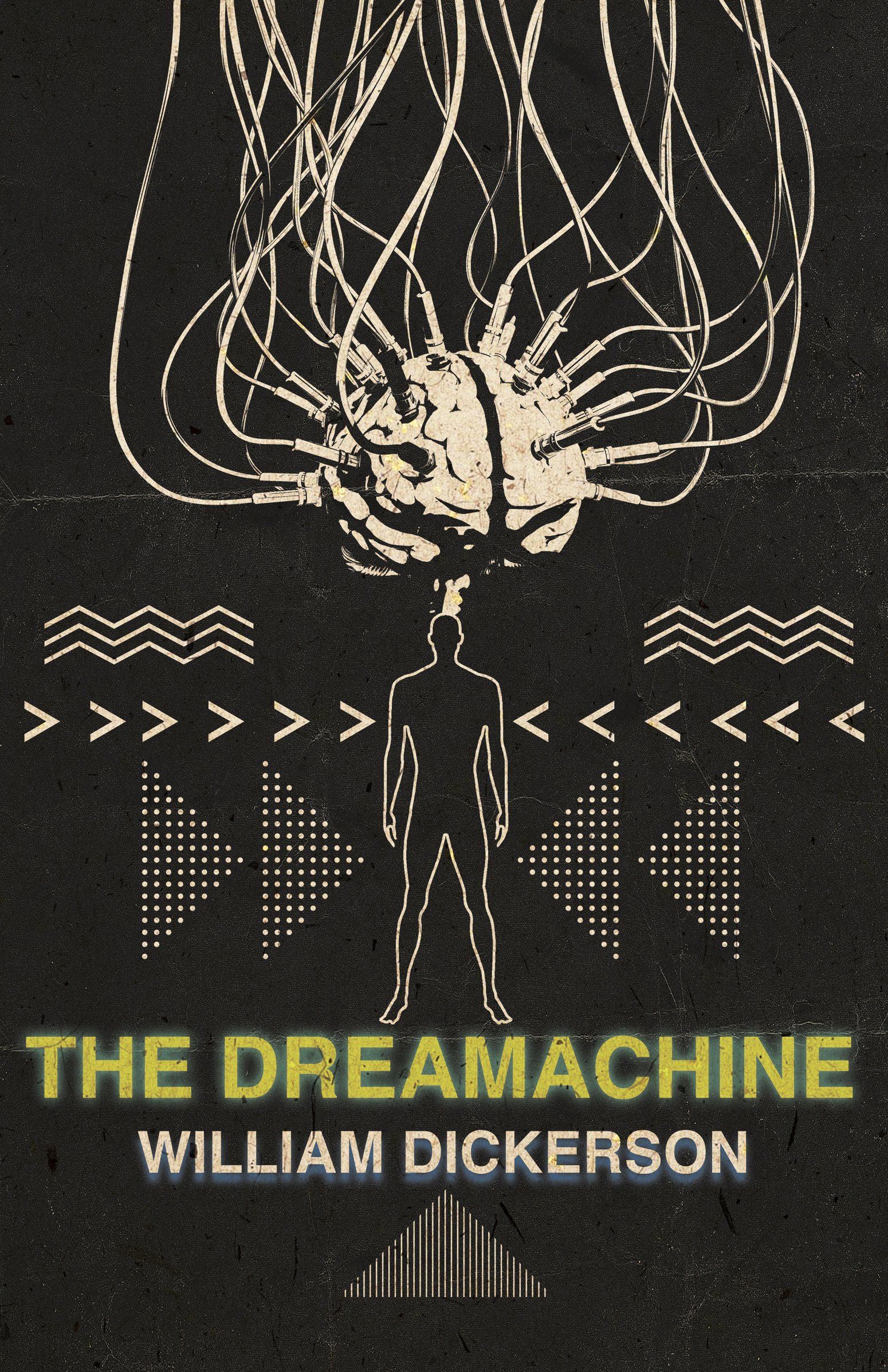 “The Dreamachine,” as defined by Wikipedia, is a “stroboscopic flicker device that produces visual stimuli.” Essentially, it is a cylindrical device with slits cut in the sides. Placed on a record turntable with a light illuminating the center of the cylinder, the Dreamachine spins around and casts flickers of light around the room. Supposedly, if a person were to sit down in front of a spinning Dreamachine and close their eyes, they would fall into an “hypnagogic state,” where they would be more likely to fall into some sort of daydream or lucid dream.

This device probably sounds bizarre—perhaps like the stuff of a science fiction novel—but it is actually real. The Dreamachine was created all the way back in the 1960s, by an artist named Brion Gysin and a mathematician named Ian Sommerville. In fact, the Dreamachine and its dream-aiding capabilities apparently won over some pretty famous fans, including author William S. Borroughs and Nirvana frontman Kurt Cobain.

In his new novel Dreamachine, though, William Dickerson actually does make the Dreamachine into the stuff of a science fiction story. The novel tells the story of Jasper Keepnews, a seemingly normal man whose life takes a turn when he starts experimenting with the Dreamachine. The device takes Jasper deep into his own mind and into memories he’d forgotten, revealing secrets that he isn’t supposed to know. From there, the book takes one suspenseful turn after another—to the point where spoiling the plot or the ending would be all too easy. Suffice to say there is a body count.

The Dreamachine is William Dickerson’s second novel. The first one, No Alternative, was a previous indie groundbreaking book selection, back in the fall of 2012. While Dickerson is a novelist, though, he is a filmmaker first and foremost. His films include Detour, Don’t Look Back, and No Alternative, which he adapted into a movie based on his own novel. It’s not surprising, then, that The Dreamachine owes much of its setting, suspense, and overall atmosphere to the history of action and sci-fi cinema. Dickerson clearly has a taste for Hollywood thrillers, so when The Dreamachine becomes The Bourne Identity meets The Matrix—with a little bit of Minority Report thrown in for good measure—it works because Dickerson brings everything to life with the eye for detail that you’d only expect from a die-hard fan. It’s not difficult to imagine The Dreamachine becoming a film—which, given Dickerson’s history, it probably will.

Another strength of The Dreamachine is the way Dickerson incorporates dreams into the storytelling. Dream sequences in novels are tricky. When written poorly, they can become confusing diversions, or perhaps even unnecessary distractions from the overall plot. The Dreamachine avoids these fates. The book starts with a dream sequence that we don’t immediately know is a dream, and Dickerson’s writing in this introductory segment is subtle and smart. His words are vivid and descriptive, outlining things that could be real, but also dropping enough breadcrumbs to make readers feel like something is amiss. By the time Jordan Keepnews startles awake in his bed, we’re hooked.

In addition to being an entertaining and suspenseful sci-fi yarn, The Dreamachine also has a fair bit of political commentary to it. The story is set in a “near-future landscape,” one that is slowly revealed to be a dystopia. Unlike the rash of dystopian novels that have hit the marketplace over the past 5-10 years, though, The Dreamachine manages a setting that is unnerving not because of how it is different from our world, but because of how it is the same. This book’s themes—of government overreach, truth versus illusion, and the battle for freedom and independence—are all too relevant in the era we live in. These days, with fake news, eroded privacy, and a government only concerned with its own growth and preservation, we’re practically living in a dystopia already. The Dreamachine’s shadowy world of conspiracy and lies brings this revelation to the fore.

The Dreamachine was officially published by Kettle of Letters Press on March 22. You can purchase the book in Kindle or paperback format on Amazon.com.