Songs from an Imperfect Life 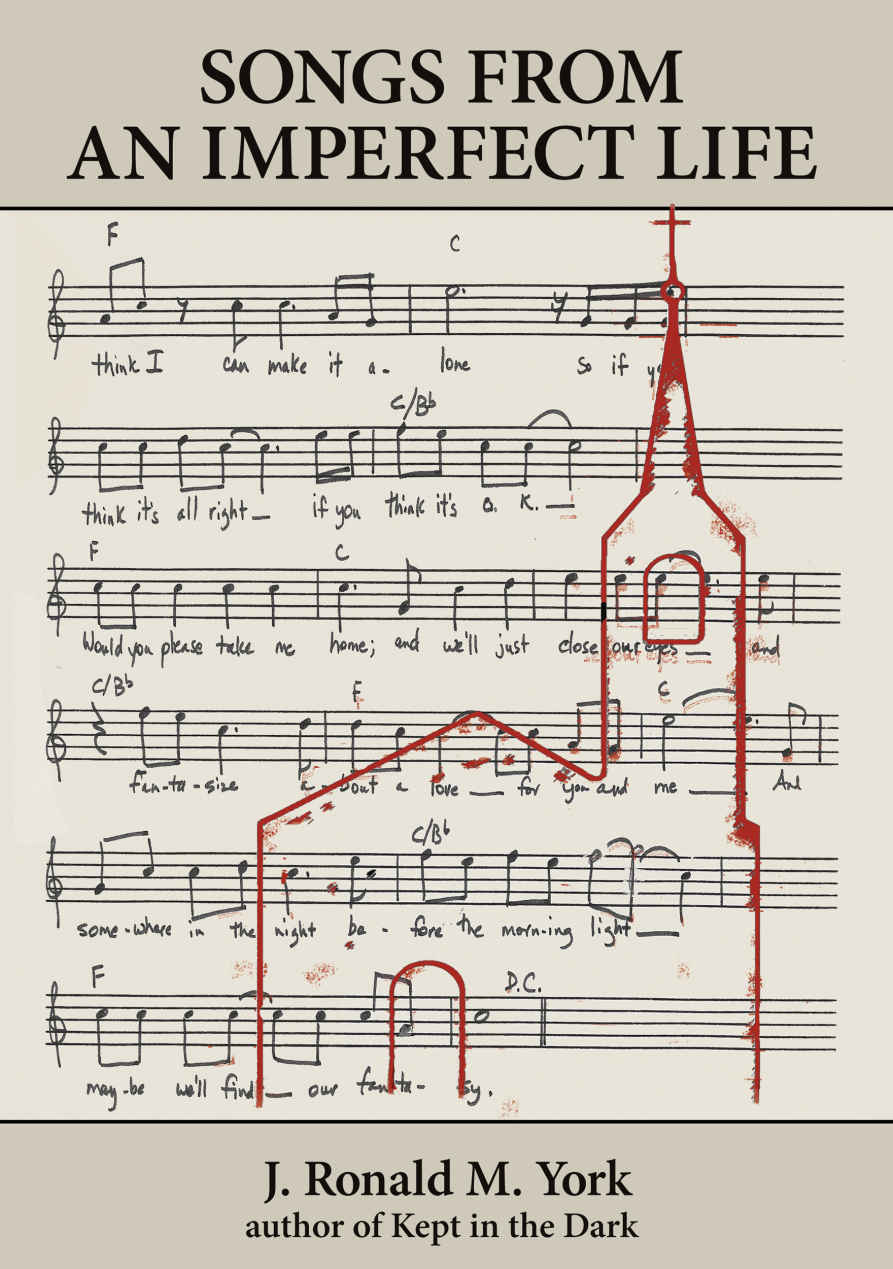 accident. His mother had passed away 15 years previous after losing her battle with cancer. One day, preparing for an estate sale, York uncovered a box full of letters. And in those letters, he discovered revelations that would change his life and alter his understanding of his past. His father, it turned out, had been accused of molesting a minor when York was just three years old. The letters in the box were exchanged between York’s mother and father, many of them sent to or from his father’s jail cell. Collectively, they revealed a secret York had never known: that he was the son of a sexual abuser.

That story is not the subject of Songs from an Imperfect Life, York’s newest memoir and our Indie Groundbreaking Book for the month of July. York explored the revelations about his father in detail in a previous book, titled Kept in the Dark. Songs from an Imperfect Life, instead, sees York sorting back through his childhood memories and recontextualizing them based on what he now knows about his parents. The journey is an affecting and often painful one, but it also shines a light on a few subjects that are extremely important to discuss right now—namely, the struggle of growing up as a homosexual and the lifelong pain and suffering that abuse often forces its survivors to battle.

As York reveals in Songs from an Imperfect Life, he himself was subject to sexual abuse at a young age, though not at the hand of his father. Rather, York’s father’s crimes proved to be the start of a deeper story about abuse, survival, and coping. After York’s father got out of jail for his crime, the family relocated from Miami to Chattanooga—and then to Nashville—seeking a fresh start. Part of that blank slate involved joining a church, where York would suffer his first brushes with sexual abuse at the age of seven.

In the introduction to Songs from an Imperfect Life, York reveals that the film Spotlight inspired him to explore his father’s story fully and reckon with his own past as an abuse survivor. The film, an Oscar Best Picture winner, tells the true story of how a Boston news team uncovered a massive pattern of sexual abuse and cover up in the Catholic Church. York’s story is part of that larger narrative. When he was a child, he was sexually abused by three members of the church. Later, he had sexual encounters with older men in dark movie theaters or locked public restrooms.

York spends a relatively small portion of Songs from an Imperfect Life relaying these tragic stories. More of the book deals with the aftermath, when his “fractured” childhood starts to affect his habits and relationships as a teenager and young adult. The reflective tone of the text carries with it a subtle sadness that conveys the deep scars of PTSD. Though York doesn’t realize that he is suffering with PTSD until later in his life, his story ultimately portrays what it is like to carry those wounds with you for life. York struggles with depression and suicidal thoughts. He indulges in risky, self-destructive behavior. He struggles to establish and maintain romantic relationships. As he writes late in the book, these are all symptoms of PTSD—symptoms of which he considers himself a textbook example.

These symptoms are also the legacy that abusers leave behind. As the #MeToo movement continues to grow in size and volume, it is important to hear (or read) stories like York’s and understand the lifelong horrors that abusers inflict—usually just so they can feel power or pleasure or both for a few minutes. Too often, these stories go untold. For York, it took many years before he felt comfortable telling anyone the truth about his childhood. He was good at keeping secrets, he says, because his parents were good at keeping secrets. But keeping secrets so big and so damaging takes its toll on the human spirit, and that toll is not something anyone should have to pay.

Songs from an Imperfect Life is a raw and completely honest examination of trauma and its lingering effects on the heart and mind. At the same time, though, it is a life-affirming tribute to the power and resilience of the human spirit. Anecdotes late in the memoir suggest that York has begun drawing on his own experiences to help others—whether that means working to identify abusers or helping other survivors release the tension and guilt of their own traumatic experiences. In that sense, Songs from an Imperfect Life isn’t groundbreaking because York’s story is unique, but because his story isn’t unique. We need people to tell these stories so others feel the strength to tell theirs.

Songs from an Imperfect Life is available from Amazon.com in both hardcover and eBook form.