Being Frank About Vietnam

by Frank A. Hill 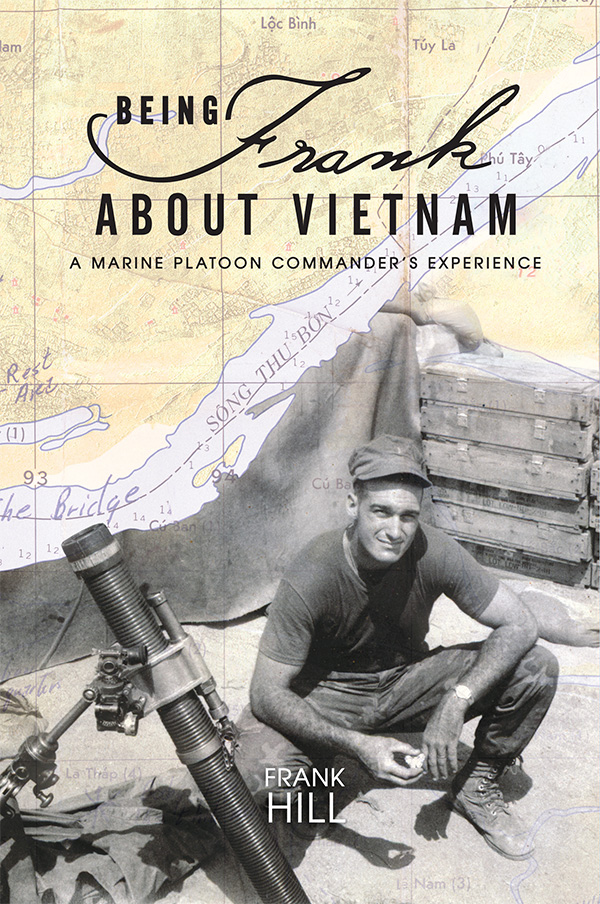 There is one word that will come to mind as you are touched by Frank Hill’s account of the Vietnam War: REAL. This is not a blockbuster movie, this is not a miniseries or a novel. Being Frank About Vietnam is as real as it gets.

This is one man representing many men, who experienced war up close and personal. A man who was scared, a man who missed his wife, a man forced to be brave, among other things. A man who, like so many, wrote letters. He wrote and wrote and wrote, filling the void as paper and pen became his only companion, his best friend.

Just as one shares his most intimate details, his most treasured secrets with his best friend, Hill graciously shares with his readers. Open up these pages and be transported to another time, a time most of us know nothing about. This firsthand account takes us there, allows us to be in the mind of a soldier. See what he sees, hear what he hears and feel what he feels… Being frank about Vietnam.

BUY THIS BOOK ON AMAZON