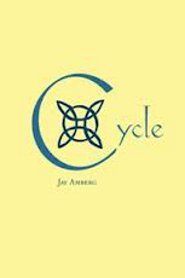 Finally, a book about nature written by nature. In a collection of four short stories, author Jay Amberg chronicles the lives and journeys of four life forms by giving them each a voice. In their own words, an Arctic wolf, a migrating monarch butterfly, a lone sperm whale, and a Pacific Northwest redwood tree paint a picture of how they interact with their environment, emphasizing their daily fight to survive.

As the book unfolds, a reoccurring life cycle theme emerges. Throughout each story, the reader’s frame of mind is transformed to that of the organism because Amberg presents the struggle to survive from its point of view. To complicate the fight for survival, each story also contains ominous hints about the presence of man and evidence of his impact on the organism’s life and habitat.

The first story revolves around the life cycle of a redwood grove. The redwood describes what physical processes affect the growth of the stand and how it thrives in a stable cycle of birth, growth, death, decay, and rebirth. But it is troubling when the redwood describes how, over time, the air has become drier, temperatures have increased, the river floods more frequently, the floods are more severe, and the rainy season is shorter.

The themes of the remaining stories are similar. A monarch butterfly details the stages of his short life and basic needs. After succumbing to his urge to migrate, he takes his final journey but is not able to find the forested winter roosting area. An Arctic wolf courageously leads her pack in the fight against starvation, rival wolves, and brutal cold while she raises her litter of pups with tenderness and care. However, she is set on edge due to brief encounters with an unfamiliar creature that lurks about near the edge of her pack. Finally, a mature male sperm whale tells of his life experiences from birth to maturity and the never ending migration he must make between northern and southern oceans. His story is distressing as he recalls details of man’s historical slaughtering of his species along with the effects of global warming and environmental pollution on the oceans.

In the end, by having the plants and animals tell their own stories about their fight for survival in delicately balanced ecosystems, Amberg effectively persuades the reader that protection of these systems is essential. By framing the stories from the creature’s point of view, he provides a sometimes warm, yet sometimes tragic, read which engages the reader from start to finish.