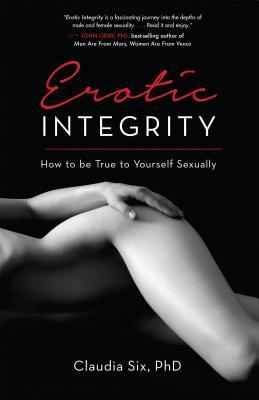 From TEDx to Learning to Wear Makeup

The thing about writing a book is that you then have to market it. Once the teeth gnashing, hand wringing, and hours spent in the chair typing are over, you have to tell the world about your book.

As I was toying with the idea, a friend of mine told me: “You can write a book in three months if you really set your mind to it”. Well, I’ve long half joked that I have commitment issues, but not in the usual sense: when I commit, I do it! Three months in, I was barely figuring out that a chapter has to have a consistent structure, a book has to have an arc, that showing rather than telling is more effective, and that I needed more than just case studies or stories from my practice. So I forged ahead…for eighteen months, five days a week. I learned a lot along the way, and still am having my eyes opened to the very busy world of being an author.

Six (Six because that’s my name) things I never thought I’d be doing, that surprised me and may surprise you, are:

1. Learning to put on make-up for public appearances. Even though I grew up in the sophisticated city of Paris, France, I am new to make-up and in my fifties. So I took myself to the Laura Mercier counter in Nordstrom, sat on the stool as instructed by the nice lady Michelle, and subjected myself to beautification. At one point she said: “I’ll do one side and you do the other”, and I thought: “I didn’t know this would be part of being an author”. Ninety minutes and several hundred dollars later I emerged, looking really good, I must say.

2. Shopping for monochromatic dresses for speaking and (hopefully, one day soon) TV appearances…at the high end outlet mall in Las Vegas, no less. Who knew? I certainly didn’t. And then of course, you need shoes and jackets to match.

4. Doing several radio interviews a week. I started on ten minute interviews on obscure radio stations in small towns in the Midwest (I think “BS with Bob” was my first) to doing live one hour interviews with call-in questions in major metropolitan markets. One huge advantage of radio is that they can’t see you sweat. Once you get the hang of it, it’s actually a thrill.

5. Hiring an assistant – I call her my Office Goddess and she is invaluable. She does trademark research, pitches my book to libraries, puts forms together for me, follows up on guest blog pitches, helps me with YouTube, helps me find speakers bureaus… And we’re just getting started.

6. Going from being a sweaty gesticulating mess at my first few Toastmasters meetings to speaking at a national conference a few months later in front of almost 300 people, and now preparing my TEDx talk.

Dr. Six has 25 years as a practicing Clinical Sexologist, and is a successful sex therapist who has helped thousands of people find their authentic selves and enjoy a more fulfilling relationship. Her approach is unique, and her style is warmly engaging, putting her clients and workshop attendees at ease. Her credentials include an M.A. in Counseling Psychology and a PhD in Clinical Sexology and she's a Board Certified Clinical Sexologist by the American Board of Sexology.