About the Award-Winning Book

Miracle at Midlife: A Transatlantic Romance

Eight Books That Have Influenced My Life

Recommendations from an IPPY-Award Winner

Antoine de Saint-Exupery, The Little Prince, 1943.  I never tire of rereading this beautifully illustrated story with quotable lines, memorable images, and unforgettable characters. Infinite truths like “On ne sait jamais” (one never knows) or “Il faut chercher avec le coeur.” (you must look with the heart) are a permanent part of my inner dialogue.

Eric-Emmanuel Schmitt, Invisible Love (2014) – or anything else by him.  The stories in this volume illustrate Schmitt’s genius of an imagination, worldview consistent with mine, and ability to draw powerful pictures with words. His stories have a staying power that lifts me up and leaves me in awe of talent wedded to craft.

Richard Bach, Illusions :  The Adventures of a Reluctant Messiah, 1977 is another book I periodically reread, again for its inspiration.  I find its reminder that people are responsible for their own happiness irresistible.

Penelope Rowlands, Paris Was Ours:  Thirty-two Writers Reflect on the City of Light, 2011.  This recent compilation of writings about Paris showcases essays and even two poems that capture the enchantment and subtleties of the City of Light in a uniquely powerful way.  By sharing voices of famous and less well known authors as they reflect on their own personal Paris, Ms. Rowlands reassures me that sensitive souls encounter the city’s magic each in his or her unique manner.

Jeannette Walls, The Glass Castle, 2009.  I love this book because of the authentic voice that rings through its pages and the generosity of spirit of the woman who wrote it.  Her courage and integrity have been a constant inspiration to me as a writer.  Although my memoir is a love story, I have sought to tell truths with as relentless a commitment to honesty and compassion as shown by Ms. Walls. 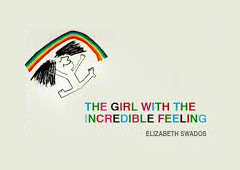 Elizabeth Swados, The Girl With the Incredible Feeling, 1976.  This children’s book was a gift from my son-in-law and has remained on my “best books” shelf for over 25 years because of it’s powerful message that we must tend our integrity and not allow ourselves to be seduced away from it.

Andre Brink, An Instant in the Wind, 1976, 1985, 2008.  Andre Brink’s masterpiece, a love story of historical fiction set in South Africa, illustrates the tensions between first-hand understanding and representations of experience along with the dangers of violating community norms.  Written with powerful imagery, the story is heartbreaking and illuminating at the same time.

David Kantor and William Lehr, Inside the Family, 1976, 2003.  This brilliant conceptualization of family structure and dynamics describes the theory I explored in my dissertation, The Influence of Parents’ Values on Preschool Children’s Behaviors, in 1980, and operationalized in an article I co-authored with Sandra Scarr in 1985, The measurement of three lifestyle values:  Resourcefulness, Responsibility, and Relationships to Others.  Kantor and Lehr’s theory continues to organize my thinking about people’s relationships to their families of origin, of procreation, and of choice.

Roni Beth Tower earned her doctorate in clinical psychology from Yale and later cross-trained at Yale Medical School, studying closeness in married couples. Now a retired psychotherapist and professor, she and her husband live in Tarrytown, New York, near their six grandchildren and airports that can regularly return them to Paris.