Here are some upcoming Microcosm titles, including Joe’s own publishing how-to manual, designed to help authors find “ways to bring their books to new audiences, and how to advance their mission in a changing industry.” Along with each title’s release info is a brief description from Joe. 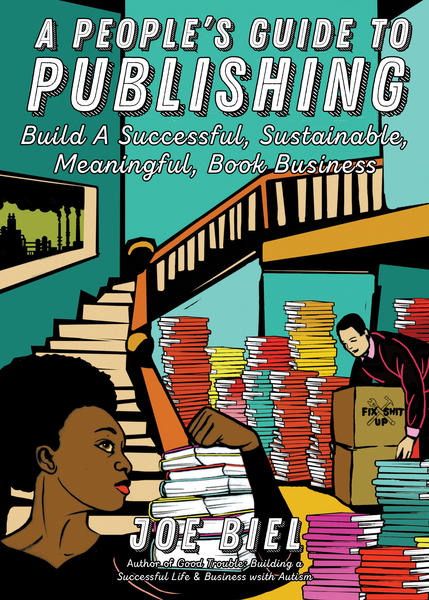 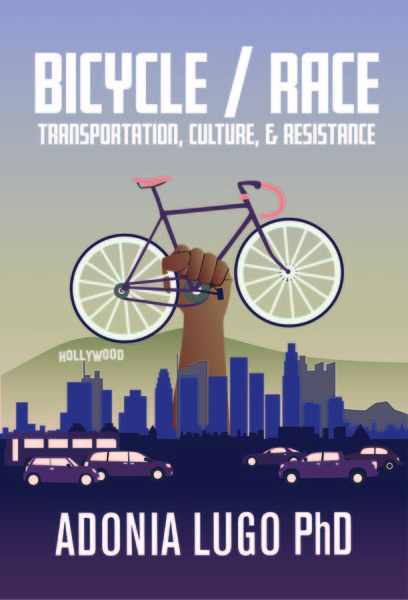 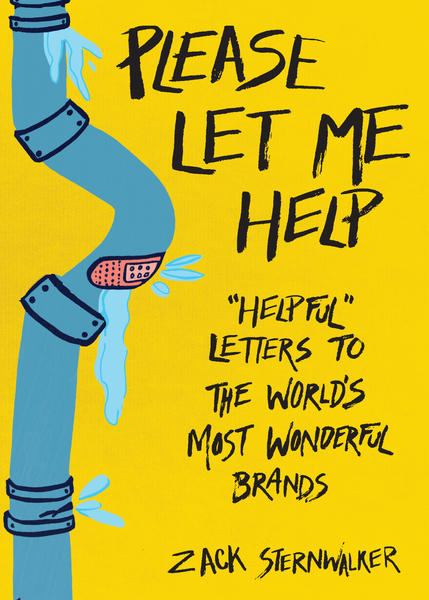 Please Let Me Help: "Helpful" Letters To the World's Most Wonderful Brands
by Zack Sternwalker
$9.95; 126 pg paperback; ISBN 978-1-62106-400-8
“Wherein our protagonist writes ‘helpful’ letters to heal from divorce and recover from putting on weight in his mom's basement.” 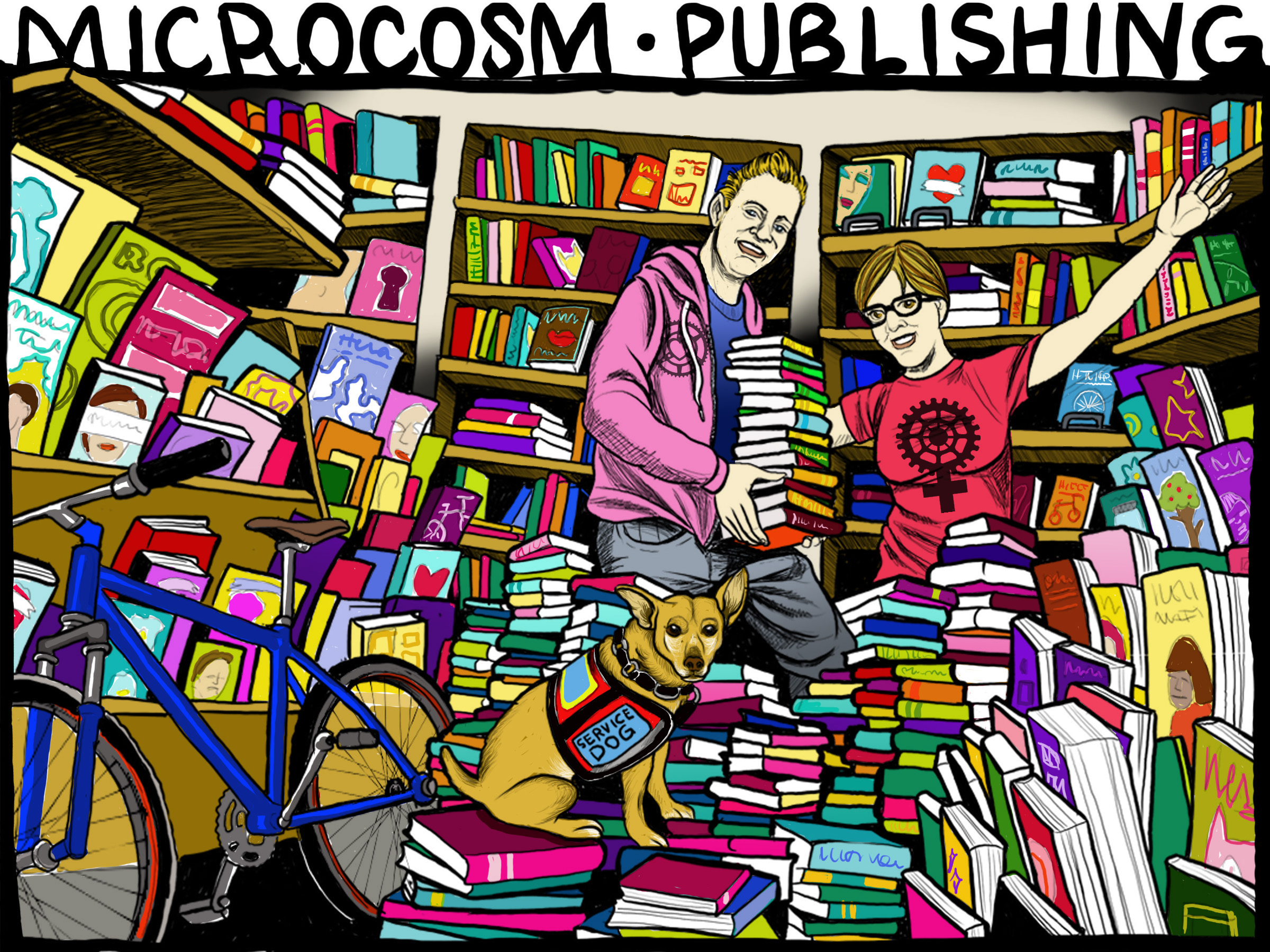 Joe Biel started Microcosm Publishing in Portland, Oregon 22 years ago as “a punk rock teenager.” Having grown up during hard times in rust-belt Cleveland, Ohio on a social security income, autistic and poorly educated, he headed west to check out the blossoming arts scene in Portland. “I expected to stay for about a year, but a year later it felt more like home than home ever had. Soon I'll have lived in Portland longer than I've lived anywhere else.”

Microcosm has the unique company policy of constantly asking the question, “How can we remove barriers to success for marginalized people in our industry?”

“Perhaps it's groundbreaking that I succeeded by trying to create resources that were lacking for me as a child. I'm a bit more attuned to the struggles that plenty of people face, which probably created the melting pot which is Microcosm's editorial vision—and as a result, audience—​which ​has always skewed mostly female, mostly people of color, mostly queer, and mostly low income. It's an audience that is mostly ignored -- if people even admit i​t exist​s at all​. It's a spirited group that will happily tell you how they feel and push us to do better. It's also an audience that makes us feel good about what we do every day at work. It feels like home.”

A quick look at the Microcosm catalog shows how unique their titles are: Paleo for Unicorns; Chocolatology; How Not to Kill Yourself; and This is Your Brain on Anxiety. The titles are also very reasonably priced, but nonetheless they’ve adopted a “sliding scale” or “pay what you can afford” retail pricing policy.​“We implemented it in 2009 and it was in practice since 2010 so I can tell you definitively that we have to turn away fewer customers. But more surprisingly, the average sale ends up being the cover price, because just as many customers turn the price up as people turn it down. So in effect, more sales at the same price is the final outcome. This once offended some economists who studied it because they wanted to believe that consumers were rationally self-interested. I had to poin​t out repeatedly that books are an emotional purchase and our customers are invested in our long-term success.” 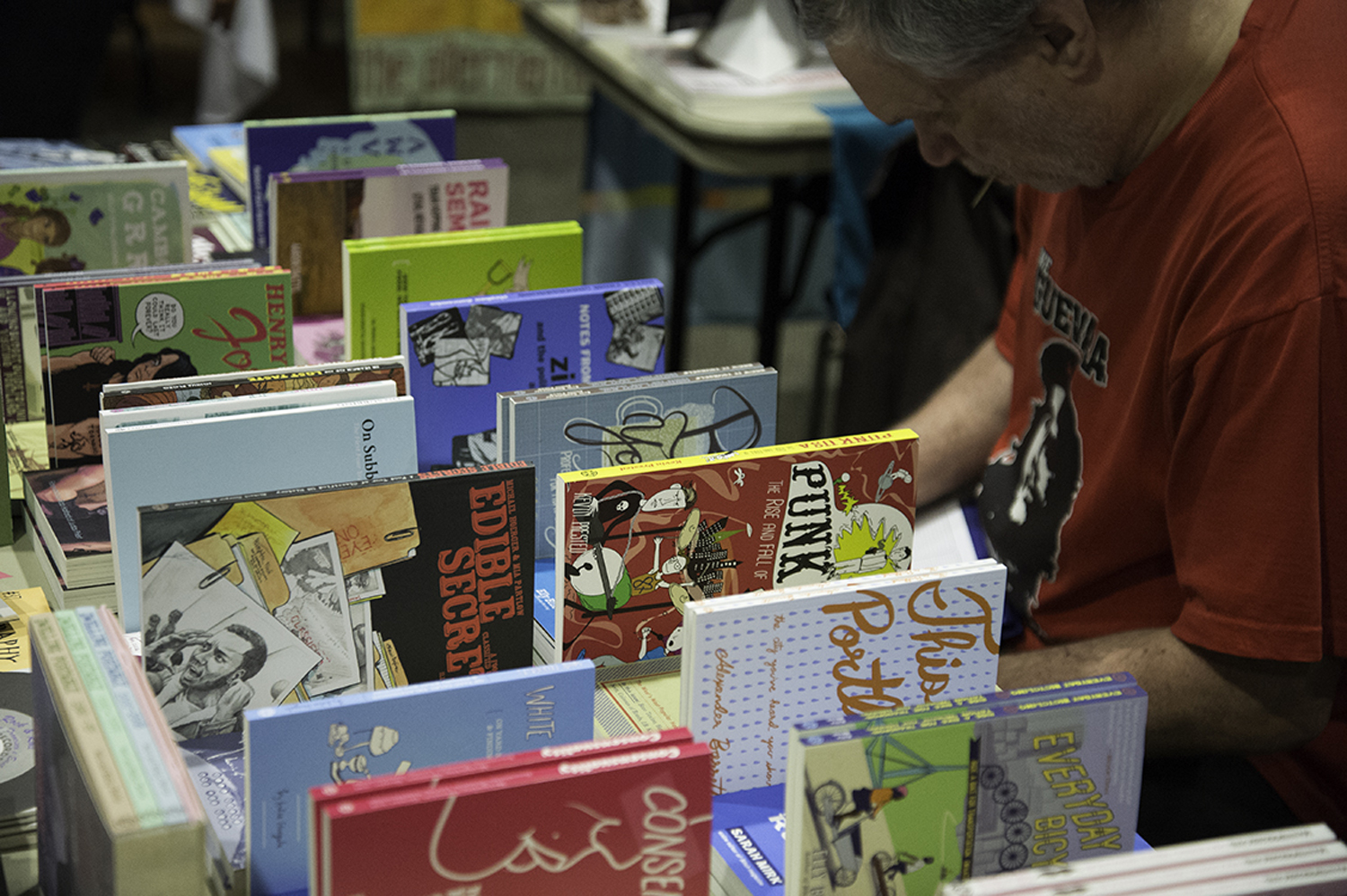 “Six years ago a publishing researcher from London came to my office and she was the first person that helped me make sense of the subject. I had been publishing for seventeen years at the time and we talked for days about how Portland has a publishing culture like nowhere else on Earth. You can't throw a pebble without hitting a publisher here but at the same time there is no industry. Most people are producing work in editions of 20-200 copies, which is inspiring and encouraging for me, but for a publisher of my experience, I have ​few peers here and so it's a bit professionally lonely. Most professionals move to New York but Microcosm's story is unique and Portland is where I'm comfortable. The scene has certainly sprung up around me and there are more commercial publishers today than there were five or ten years ago. Bitch magazine and Image Comics moved to town​ in 2007 and 2017​.” 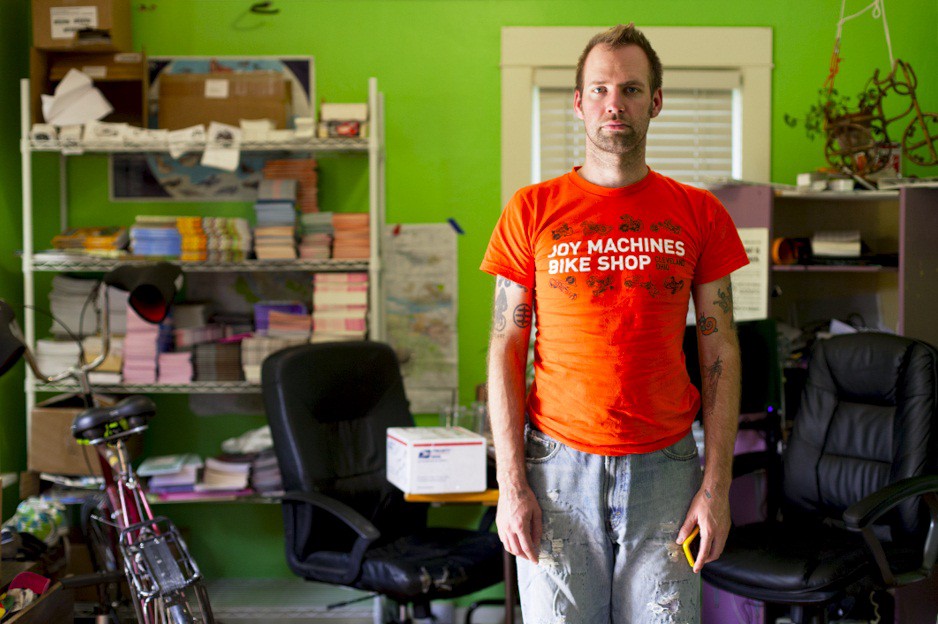 “Microcosm's whole story is about doing things in a new way and knowing there's room for everyone to thrive here because the atmosphere isn't competitive. We have powerhouses here like Laura Stanfill (Forest Avenue Press, specializing in Oregon authors) and Leni Zumas (Portland’s hottest fiction author) that can pack a house for a literary event because they've spent years building relationships and cheering for their peers. That stuff warms my heart. Portland publishers understand the vitality of supporting the work of other people. Last year Laura and I put together a full-page ad in Publisher's Weekly featuring all of the local publishers to show the community implicit here.”

​“Starting in 2009, ​Microcosm became the subject of mainstream magazine pieces in Asia. The second ten-page feature in Tokyo’s Spectator magazine appeared simultaneously with direct flights becoming available from Japan to Portland. Ever since then, Japanese tourists have flocked to our store by the dozens. Awkwardly, they often exclaim my name, chase after me, and take my picture. They also purchase giant stacks of books! ​For a period our biggest customer was a taco shop in Tokyo.”

Speaking of taco shops, one of Microcosm’s keys to success is following the old self-publishing adage, “bookstores aren’t necessarily the best place to sell books.” Realizing that sometimes the best customer may be one that doesn’t already sell books but probably should, the company has nurtured alternative retail outlets like boutiques, record stores, and indie grocery stores.

​Regardless, don’t expect Joe Biel and Microcosm to do it any way but their own way: “We're going to continue pushing publishing to resemble the population of Earth!”

All photos courtesy of Microcosm Publishing.