True to his farmboy roots, Jerry Apps' book about farming and water gets right to the point: it might not be the ideal rainfall coming down, but to a farmer, all rain is revered and not to be cursed.

Published by the Wisconsin Historical Society Press, Never Curse the Rain is the third in the Society's series of rural-life memoirs by Jerry Apps. The series includes The Quiet Season: Remembering Country Winters and Whispers & Shadows: A Naturalist's Memoir. All three are companion books to Jerry's popular Wisconsin Public Television documentaries.
Here is how Wisconsin State Farmer weekly reviewed this book:
"Rural life author Jerry Apps shares his memories of water — from its importance to crops and cattle on the farm to its many recreational uses — in his newest book, Never Curse the Rain: A Farm Boy's Reflections on Water. From hauling buckets of water from a windmill pump into the farmhouse to listening to rain pattering on the barn roof on a rainy afternoon, Apps details why he and his brothers learned at young ages to 'never curse the rain.'" 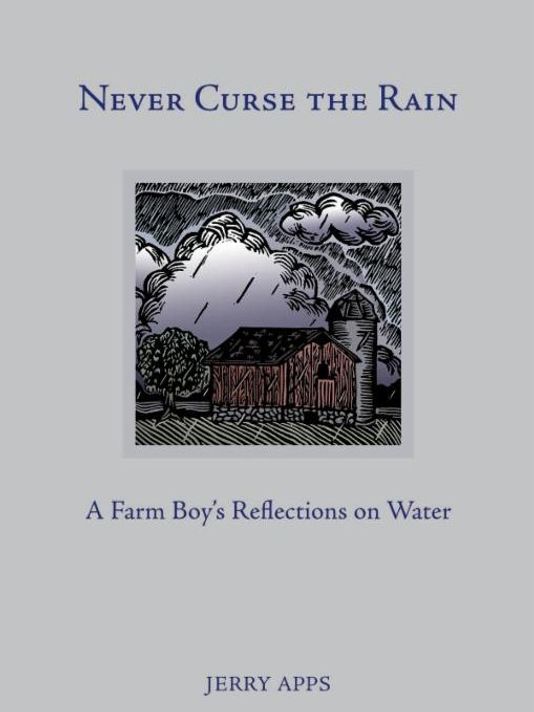 "On the small family farm during Apps's Depression Era youth, rain was cause for celebration. Indeed, the family's very livelihood, even survival, depended upon its arrival, as did many of a young boy's pleasures like fishing, canoeing, and 'puddle jumping.' Rain has remained a celebratory touchstone throughout his life, Apps writes, in a variety of ways as a source of recreation, comfort, and creativity."

Six Things I Learned From 50 Years of Book Writing 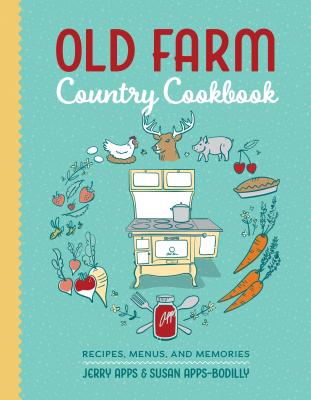 I’ve learned many things from my years as a writer, the last 25 of those years writing full-time. But these six quickly come to mind:

1. The Value of a Writing Apprenticeship

In 1957, as part of my work assignment as an Extension Agent for the University of Wisconsin Madison, I began writing columns for weekly newspapers. Each column had to be 500 words. I wrote these columns fora wide range of audiences, young and old, those with college degrees and those without, those living on farms and those living in more urban areas. I had never written a newspaper column, andI had lots to learn. I was blessed to write for several old-school newspaper editors, who tore my draft columns to shreds, but always with the encouragement that I could do better. By 1962, my work assignment changed and newspaper column writing ceased.

Those five years served as my writing apprenticeship. I learned the importance of such basics as selecting the right word for what I was trying to say and writing a sentence that not only was easy to read, but also said something. I learned the importance of action-oriented verbs, and why “flowery” language should be avoided. I have long remembered one editor’s advice, “If you’ve got nothing to say, please don’t try and say it.”

2. The Power of the Story
I come from a community of storytellers.  We were farm people, living in central Wisconsin without electricity, before television, and with no hint that a computer would ever exist. These were the later years of the Great Depression (the 1930s) and World War II (1941-1945).  Whenever two or more farmers in my home community got together, they told stories—at the grist mill, at the cheese factory, during harvest time when neighbors helped neighbors at threshing, silo filling and woodcutting bees. Storytelling became part of family gatherings --Thanksgiving, Christmas, birthday parties, anniversaries. These were, of course, all oral stories.  None were written down.

In 1966, I began writing newspaper columns for several central Wisconsin newspapers as a freelance activity. Top pay, $5.00 per column. I wrote stories, many of them from my memory of growing up on a farm.  My reading audience began expanding. By 1968, I became interested in writing a book. Could I use my several years of column writing experience to help me write a book? I was blessed to meet and work with book author and editor, Robert Gard. In addition to writing books, Bob ran a small publishing company, Wisconsin House. Bob published my first book, The Land Still Lives. It came off the presses in 1970, and it will be re-published by the Wisconsin Historical Society Press as a 50-year commemorative edition. It is a book of stories.

3. I Write Within a Niche
It’s an old adage repeated oft times by editors and writing instructors. “Write what you know.” I am a rural historian. My niche in four words: Stories From The Land.  Within this niche, I write both nonfiction and fiction that thread back to my growing up years on a farm, my years working as a county extension agent, and later as a professor of agriculture at the University of Wisconsin-Madison. 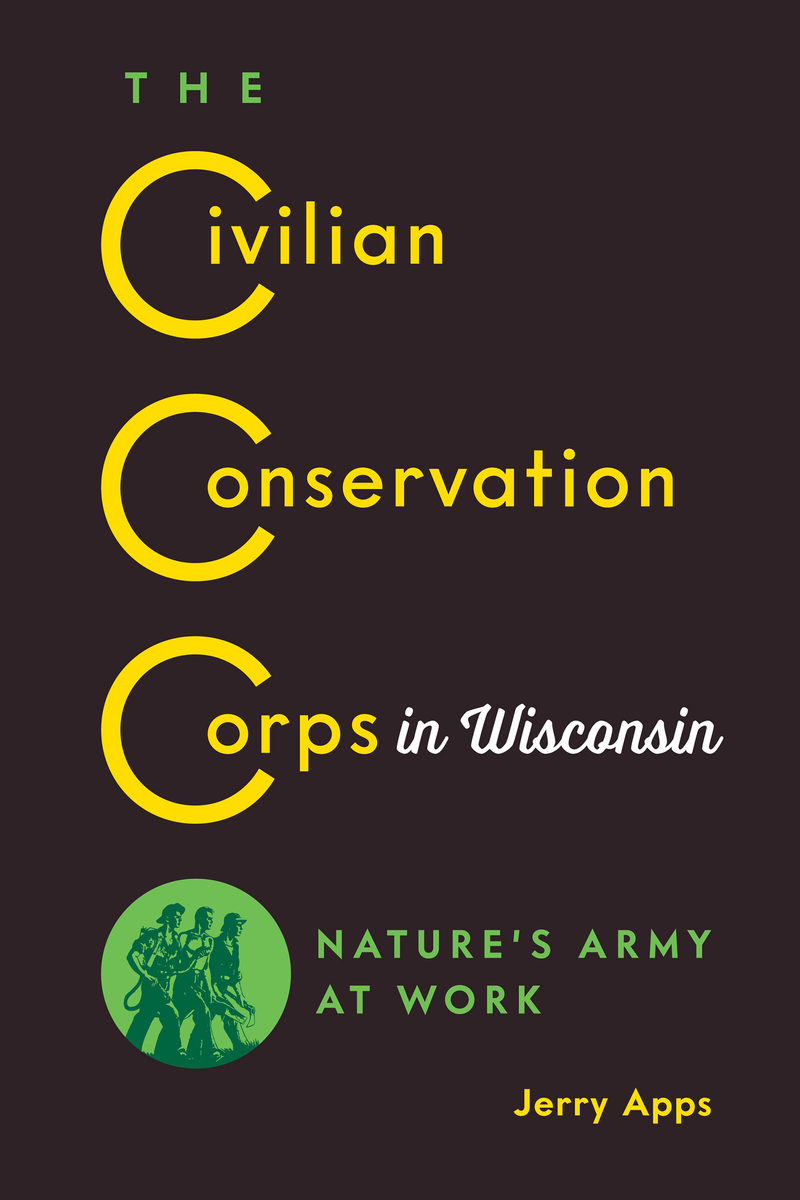 I also write what I don’t know. I stay within my writing niche, and I combine what I know with what I don’t know—which means I do massive amounts of research.  As an example, I recently wrote a book about the history of the Civilian Conservation Corps in Wisconsin. I had next to no experience with that organization, so I did extensive research as I wrote the book, titled The Civilian Conservation Corps in Wisconsin: Nature’s Army at Work (Wisconsin Historical Society Press, 2019).

4. I Respect the Advice of Editors.
I spend a considerable amount of time revising and rewriting my material, sometimes more time than I spend creating the first draft. I worked for several years as an editor, but I can go only so far with editing my own material. I need an outside pair of trained eyes to take my material apart and show me how to improve it. People who know my background will sometimes say, “You are an editor, why do you need another?” My answer: “What surgeon that you know will take out his or her own appendix?” I have worked with many editors in my more than 50 years of writing. I have great respect for each of them.

5. I’ve Learned How to Market My Work.
It is not an exaggeration to say that I spend more than one-third of my writing time marketing my work. Many years ago, I learned to be a marketing partner with my publishers. So what do I do? I do several TV interviews on commercial television each year. I have done five hour-long documentaries for Public Television; each of the shows is based on one or more of my books. Three of the television shows aired nationally. I do several radio interviews each year on both commercial and public radio stations, all about my books.

For the past 12 years, I have written a weekly blog that goes to some 850 blog subscribers. I post the blog on Facebook for my 4,500 “friends” to see. A weekly newspaper, Wisconsin State Farmer, runs the blog each week as a column for another 30,000 readers. Each blog mentions where I am speaking and any radio and TV work during the next few weeks, and lists several of my books and where they can be purchased.

I speak at historical societies, bookstores, farmer groups, and public libraries. During the past ten years, I have spoken at 125 libraries in Wisconsin. Groups will range from 40 to 400. We sell books at these events. For more than 40 years I have taught “Telling Your Story” workshops, another excellent way to promote my books.

I have two websites, a general one, www.jerryapps.com, and one focusing solely on my seven published novels, www.jwappsauthor.com. My newest endeavor is the creation of an internet book club, inviting people wherever they live to join and become a part of the book discussion, which features one of my books. I am also in the beginning stages of doing a series of podcasts, which will include readings from my books, to go out via Facebook, on radio, and other sites.

6. I Try to Nourish my Creative Core
I firmly believe that each of us, every last one, has a creative core that is aching to be released. I tell my writing students this, especially those who believe their creative train has already left the station. I talk about relaxing, about gardening, about hiking and nature study—as ways to allow the creative self to come alive. I introduce my students to mind-mapping as a way for them to discover things they know but didn’t know they knew. I encourage them find a quiet place, with no cell phones, blaring TV, or other distractions—and listen to the silence. I do all of this myself—and it works. Good story telling and writing require creativity, the more the better.

Award-winning Wisconsin author Jerry Apps has authored more than 50 non-fiction and fiction books. Born and raised on a central Wisconsin farm before electricity, indoor plumbing, and central heating, Apps grew up to become a county extension agent and professor at the University of Wisconsin College of Agriculture and Life Sciences in Madison, Wisconsin. Since his retirement, he has been writing full-time and has become the subject of several Wisconsin Public Television documentaries, including the Emmy-Award-winning A Farm Winter with Jerry Apps, based on his Wisconsin Historical Society Press book, The Quiet Season: Remembering Country Winters. He and his wife Ruth split their time between their home in Madison and their farm in Roshara, Wisconsin. Visit www.jerryapps.com.