Vote with Your Wallet

"It takes funding to move the needle on animal issues. Campaigns, materials, rescues, field work, and operations all cost money. Donate what you can to groups working hard for animals. Additionally, you can buy cruelty-free cosmetics and cleaning products. Look for the leaping bunny logo, which symbolizes a product that hasn't been tested on animals. By increasing demand for  cruelty-free products, you incentivize companies to continue providing them and set an example for your friends and family."

"Research the animal welfare policies of your political representatives. Write, call, and visit their offices. Vote! Participate actively in your democracy on behalf of animals. Political advocacy works: in the Netherlands, the Party for the Animals has banned animals in circuses, the import of trophy hunts, and fur farming. Their next goal is to ban factory farming."

HIDDEN: Animals in the Anthropocene 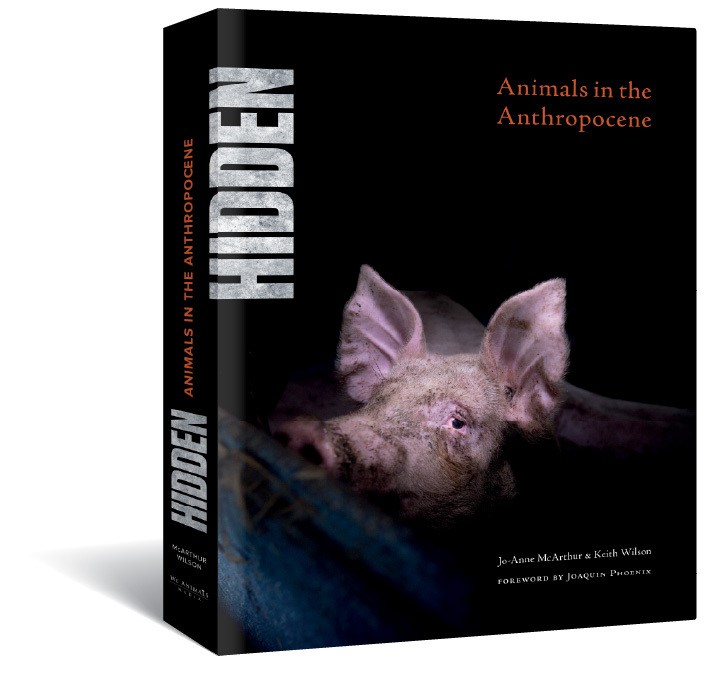 Did you know that 80 billion land animals are used and consumed by humans each year? It's a shockingly large number, especially when combined with the fact that a majority of these animals are raised and killed within industrial agricultural systems and that many are trafficked in unregulated markets. Trouble is, many of those systems and markets are archaic, unsanitary, overcrowded and dangerous -- not only to the animals themselves, but to humans. Tragically, the current COVID and recent SARS pandemic are believed to have originated in Asian live animal markets.

But the vast majority of animal consumption occurs on the world's dinner tables, supplied en masse through grocery stores and fast-food restaurants, all nicely packaged and presented -- while a plague of animal cruelty takes place behind the scenes, largely hidden from public view. Until now... 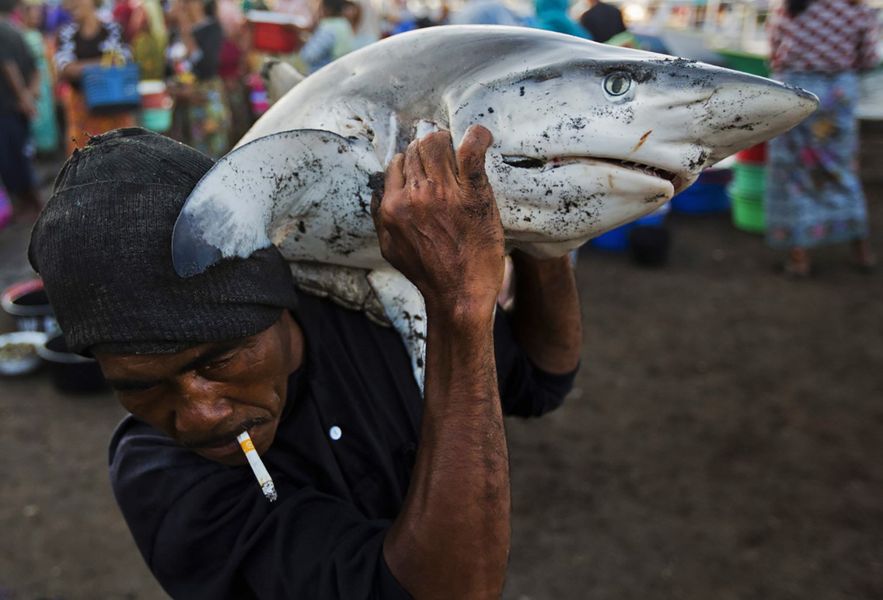 And we haven't even mentioned the atrocities occurring out at sea. Fish and other seafood get short shrift when it comes to the death count and are only measured in tonnage. But as anyone who's been to Sea World can attest, fish are very intelligent and have feelings and memories. Currently, we are harvesting about 150 million tons of seafood for consumption, by a fleet of 3.7 million fishing vessels -- twice the number used in 1950 -- and the side effects are 300,000 small whales and dolphins killed as "bycatch," along with 250,000 loggerhead and leatherback turtles dying in trawler nets each year.

HIDDEN covers it all, as a historical document, a memorial, and a call to action. Yes, the stories within its pages are revelatory and brutal, but they are proof of the emergency confronting animals globally, from industrial farming to climate change. Until recently, the human race has plundered the resources of our planet without much regulation, and we are now paying the price, suffering from numerous food, health, and climate disasters worldwide. Especially in the time of the Coronavirus pandemic, this book provides valuable insight into the correlation between animal suffering and human health.

Judges in the 2021 Independent Publisher Book Awards were so impressed by the book, they named HIDDEN as one of the eleven gold medal-winning Outstanding Books of the Year, in the Most Likely to Save the Planet category.

In the book's foreword, renowned actor and animal rights activist Joaquin Phoenix writes, "Our society conditions us to believe that humans are superior to other species...We are entrenched in the ideology that animals are here for us to use. We capture them, cage them, wear their skin, eat their flesh and poison their bodies in the name of science. May the images in HIDDEN ignite a fire within each of us. May they serve as a reminder of our susceptibility to greed and egocentrism. May they be an admission of our mistakes and fuel our movement with renewed purpose." 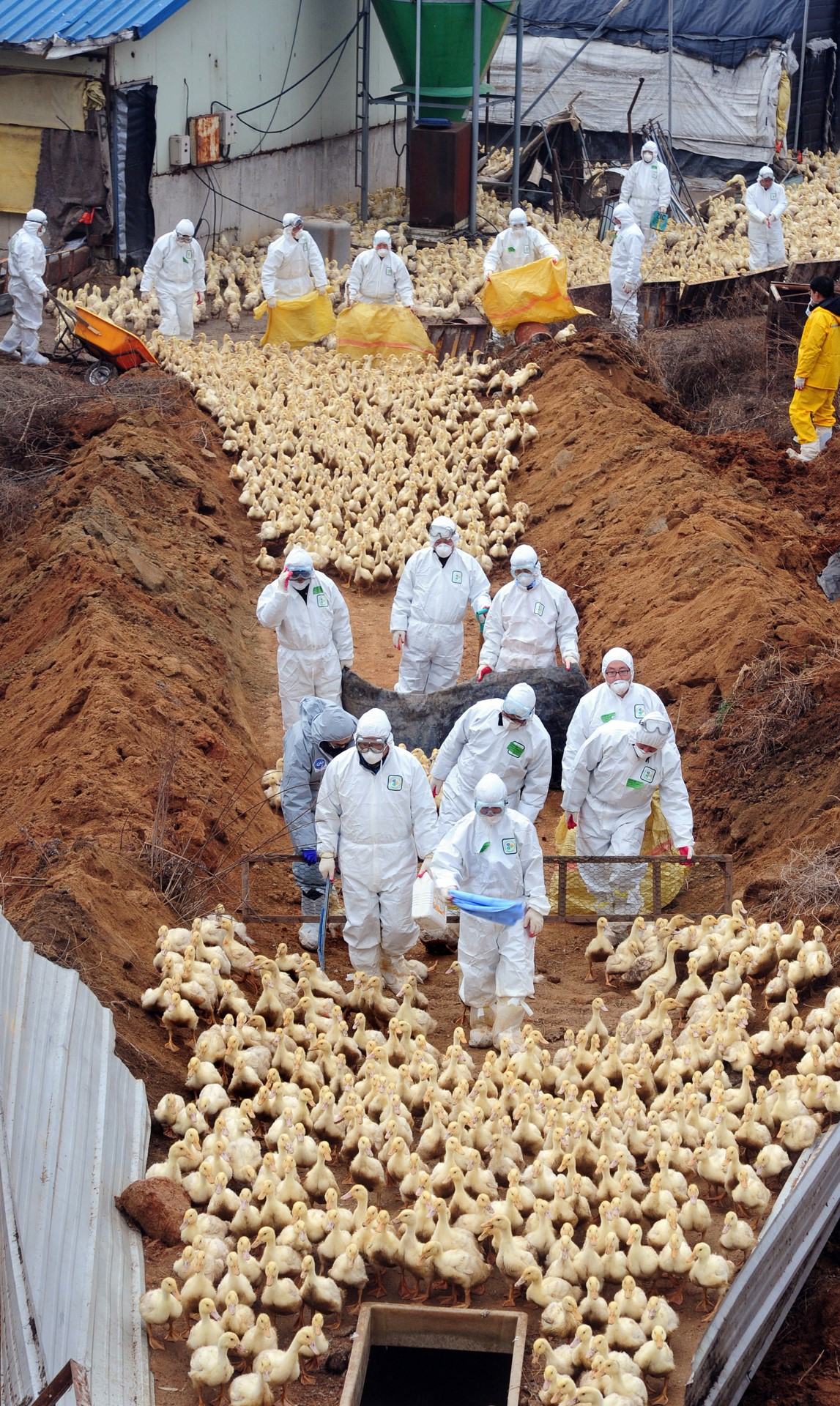 The power of this book comes from its searing images, taken by 40 contributing photographers who work globally to investigate and expose animal abuse. They are headed up by Jo-Anne McArthur,an award-winning photojournalist who has been documenting the lives of animals for two decades. "I'd seen war photographer James Nachtwey's book, Inferno, many years ago, which is an unflinching look at decades of genocide, famine, the wars and violence we inflict on one another," says McArthur. "It inspired me to make a similar book, but for non-human animals. I'd already been photographing animal stories for a decade but wanted to create an epic book filled with the work of many photographers."

"Like humans, other animals also deserve a space in our collective conscience, and documentation of what is and should never again be. I wanted to make a book heavy in weight and content. Something truly harrowing, poignant, beautiful, and new. The book is doing what I wanted it to do, which is draw the attention of the international photo community and beyond. It's a calling card for animal photojournalism, and the urgency for this work."

"Making HIDDEN was our attempt to bring the war on animals to the attention of a global audience," says co-editor Keith Wilson. "Of course, a book like HIDDEN can't achieve that solely on its own, but as an exposé using shocking imagery which also retains enough artistry to engage, it is unquestionably a catalyst for change. HIDDEN was a difficult and painful edit. Every single one of the animals depicted was a victim; many were photographed at the point of death, or aware of their impending fate. Their eyes betrayed sadness, fear and pain. I didn't begin writing the text until the final photo selections had been made and then laid out into their respective sections. It was our brilliant designer, David Griffin, who came up with the book's title. From that point, that single hushed word - hidden - set the tone of expectancy and trepidation towards every page of photography and text that followed." 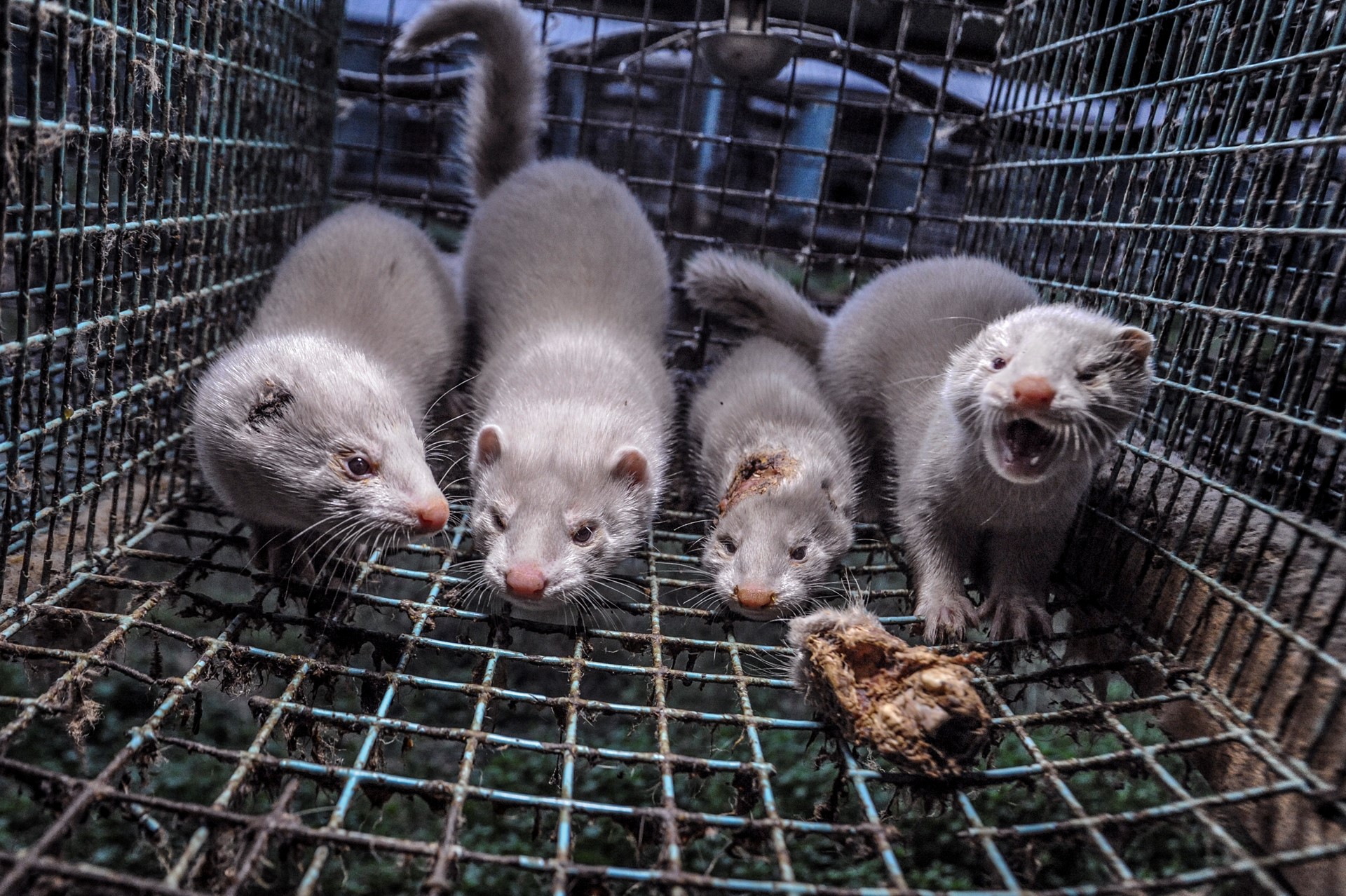 "HIDDEN reveals that we are all animals, human and non-human alike, and it is the humans alone who are responsible for the mess that we are in," says Wilson. "It is us who have the greatest debt to repay, but that cannot begin until the killing and exploitation of non-human animals stops. The lesson I take from HIDDEN is that one day, far into the future, the only humans left on this planet will be those of us who can hear the non-human animals talking. But how many of us will be prepared to listen?"

The final chapter of HIDDEN, entitled CATASTROPHE, makes the connection between animal abuse and worldwide disasters such as climate change, deforestation, and pandemics. For example, 40 percent of the pigs in China died of African Swine Fever between August 2018 and March 2020. The 2019-2020 climate-caused fires in Australia killed an estimated three billion animals. At the root of climate change, 15 percent of our global greenhouse gas emissions are caused by animal farming. Are hamburgers that important to us? The chapter ends with this thought: "Perhaps one day meat will be sold with a warning similar to those on cigarette packets: 'eating meat can cause forest fires, climate change and pandemics.'" 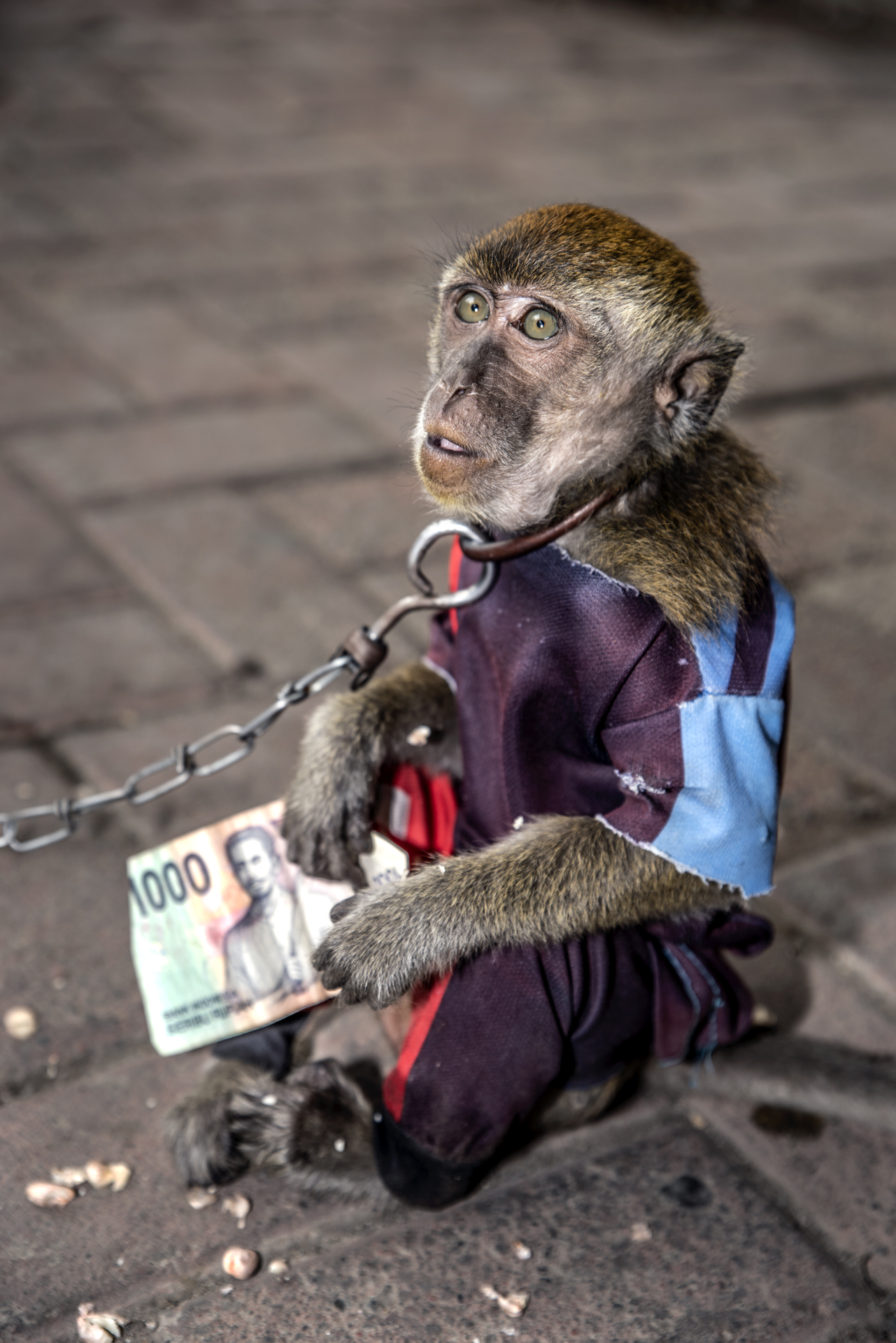 In the book's final essay, activist/publisher Martin Rowe sympathizes with all of us for our complicity in this worldwide catastrophe: "We disguise our discomfort by constructing reasons for our supremacy -- divine sanction, the great chain of being, homo sapiens -- and call what we do natural, wise use, necessary, process."

Once you've seen the images in HIDDEN, all words and excuses fall away, and you realize the time for change is NOW.

About the Editors and Designer:

Jo-Anne McArthur has travelled to over 60 countries to photograph people’s complex and disturbing treatment of animals for her non-profit photo agency, We Animals Media. She has received accolades from competitions such as Wildlife Photographer of the Year, Nature Photographer of the Year, BigPicture, Pictures of the Year International (POYI) and the Global Peace Photo Award. Jo-Anne's work has been published by hundreds of media outlets, and she speaks internationally on the topics of animal photojournalism, the human-animal relationship, social change, and empathy. HIDDEN is Jo-Anne’s third book, following We Animals (2014) and Captive (2017).

Keith Wilson is the co-founder (with Britta Jaschinski) of Photographers Against Wildlife Crime, an international group of award-winning photographers who have joined forces to use their powerful and iconic images to help bring an end to the illegal wildlife trade. Their efforts culminated in the publication of Photographers Against Wildlife Crime (2018). He is also the editor of the bestselling Remembering Elephants and its successor Remembering Rhinos, both published for the Born Free Foundation.

David Griffin specializes in photographic projects and his studio’s clients have included National Geographic, The Wall Street Journal, Smithsonian Enterprises, AARP, and Atlantic Media, among others. Previously, David was visuals editor of The Washington Post, director of photography for National Geographic, along with other design and photography positions in the media. He served as secretary of the jury for World Press Photo from 2015-2020.

Interviews with the photographers:  https://weanimalsmedia.org/our-work/hidden/#interviews